Book description
Liz McCall has come to love running her father’s vintage toyshop back home in East Aurora, NY, so when the Train and Toy Show comes to town, she’s all aboard for a fun toy-filled weekend. The only hitch is that her childhood bully Craig McFadden, now local business rival, has set up a booth next to hers. But the fun and games are over when Craig falls from the ceiling in a publicity stunt gone wrong.

What was initially thought to be a fatal accident proves much more sinister. Pulled into the case by her feelings for both Ken, the police chief, and Jack, her high school sweetheart whose brother is one the prime suspects, Liz dives headfirst into the investigation. But as she digs deeper, she’s shocked to learn her father may have been the intended target.

The trouble train is barreling down and Liz may have just bought herself a first class ticket in Murder on the Toy Town Express, Barbara Early’s delightful second installment in her Vintage Toyshop mysteries


Meet the author - Barbara Early
Barbara Early earned an engineering degree, but after four years of doing nothing but math, developed a sudden allergy to the subject and decided to choose another occupation. Before she settled on murdering fictional people, she was a secretary, a school teacher, a pastor’s wife, and an amateur puppeteer. After several years living elsewhere, she and her husband moved back to her native Western New York State, where she enjoys cooking, crafts, classic movies and campy seventies television, board games, and posting pictures of her four cats on Facebook. She writes the Vintage Toyshop series

and the Bridal Bouquet Shop Mysteries


Guest post
If you write enough blog posts, sometimes you run out of ideas. So I asked my Facebook friends what about my books THEY would like to READ about, and they asked me about toys. I guess that makes sense, since I write a series about a vintage toyshop. In particular, they wanted to know what was my favorite, and what toys I wished I had.

Well, my favorite toys always involved some type of creative expression. My Lite Brite might have been my absolute favorite. I also had a small electric organ, and I taught myself to play a few songs. I loved paint by number and those watercolor books. Blocks were a given, but I always wished I had more to make something even bigger. And coloring books and crayons were a staple of my childhood. I taught myself to read and write copying cereal and ketchup labels at the kitchen table. I don’t recall a particular toy I pined over. (I think I wanted them all. I was a covetous little brat!)

Was that my inspiration to write? Probably not. Unlike many authors who talk about how they were writing ever since they put pencil to paper—usually right in between weaning and potty training—I can’t recall having any such inclination. I remember a friend in junior high saying she wanted to write a book, and I said, “Hey, that’s a good idea. Sounds like fun.” But she got mad, accused me of copying her, so I gave up the idea. Oh, that adolescent angst!

I think the inspiration to write came many years later, when I realized that crafting a novel was almost a natural extension of those playful activities I enjoyed as a child. You build a plot layer upon layer, like a complex lego project. You create characters in broad strokes, and then add more subtle shading, like the paint-by-number pictures. Setting is put in place, piece by piece, then comes to life, like turning on the light on that Lite-Brite. And dialog is like that old organ, just tweaking it until it “sounds right.”

I started writing for my own enjoyment, creating truly dreadful fan fiction for the TV show Monk, but soon found myself studying it, copying the structure, watching how the writers did things, taking notes from what I saw, and then trying it myself—much like sitting at the kitchen table copying labels.

So while I didn’t start writing when I was young, maybe the signs were all there, after all.

What toys did you enjoy? Do those early choices reveal anything about the adult you became? 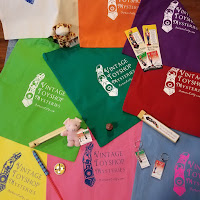