The Novel Art of Murder by V.M. Burns - Spotlight and Giveaway 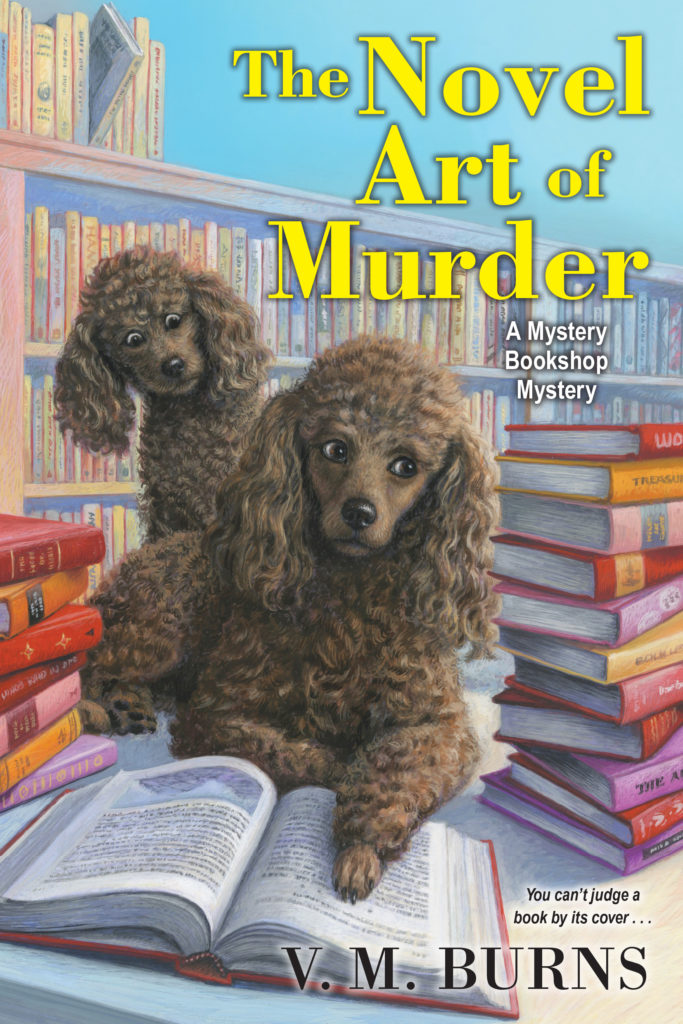 Book description
Mystery bookstore owner Samantha Washington is trying to keep her grandmother from spending her golden years in an orange jumpsuit . . . The small town of North Harbor, Michigan, is just not big enough for the two of them: flamboyant phony Maria Romanov and feisty Nana Jo. The insufferable Maria claims she's descended from Russian royalty and even had a fling with King Edward VIII back in the day. She’s not just a lousy liar, she's a bad actress, so when she nabs the lead in the Shady Acres Senior Follies—a part Nana Jo plays every year in their retirement village production—Nana Jo blows a gasket and reads her the riot act in front of everyone. Of course, when Maria is silenced with a bullet to the head, Nana Jo lands the leading role on the suspects list. Sam’s been writing her newest mystery, set in England between the wars, with her intrepid heroine Lady Daphne drawn into murder and scandal in the household of Winston Churchill. But now she has to prove that Nana Jo’s been framed. With help from her grandmother's posse of rambunctious retirees, Sam shines a spotlight on Maria’s secrets, hoping to draw the real killer out of the shadow

Meet the author - V.M. Burns
V.M. Burns was born in Northwestern Indiana and spent many years in Southwestern Michigan on the Lake Michigan shoreline. She is a lover of dogs, British historic cozies, and scones with clotted cream. After many years in the Midwest, she went in search of milder winters and currently lives in Eastern Tennessee with her poodles. Her debut novel, The Plot is Murder was nominated for a 2017 Agatha Award for Best First Novel. Valerie is a member of Mystery Writers of America, International Thriller Writers, and a lifetime member of Sisters in Crime. Readers can learn more by visiting her website at vmburns.com