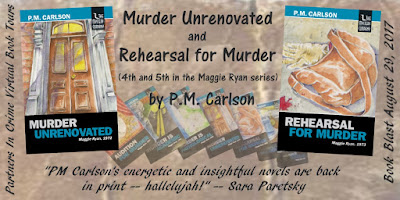 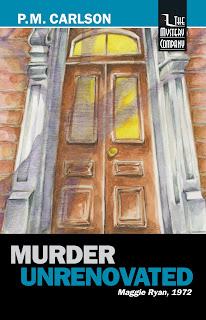 About the book:
Realtor Len Trager is anxious to sell the lovely old brownstone in Brooklyn's Park Slope neighborhood, and Maggie and Nick think it looks like a dream house for a young couple expecting their first child. But problems show up. It needs renovation– okay. There's a stubborn tenant who refuses to move out– not so okay.

And then there's the nasty surprise on the top floor....

Len felt a prickle of hope. He couldn’t remember anyone else being this pleased by Lund’s weary old brownstone, not after meeting the immovable basement tenant. Could there possibly be a sale here after all?

Not to an actor, he reminded himself.

The upper floors were shoddily divided into separate apartments. But the second-floor bath still held a Victorian marble sink and chipped clawfoot tub, and the room at the front overlooked the street. Maggie smiled at Nick and said, “This could be a little study.”

“One more floor,” said Len. The top floor, once servants’ quarters, had been most recently occupied–– only Lund’s disruption of the plumbing had finally forced the young tenants to accept his relocation money and leave. Nick slapped his hand against a wall. “This isn’t a supporting wall, is it?”

“No,” said Len, giving the room a professional glance. “You’re thinking of remodeling?” That was always a good sign.

“Not many gyms around here. It would be great to have space to work out.” Nick stepped to the doorway. “What do you think, Maggie?”

She was down the hall, looking into the little front room, the one that sported the oriel window. For a moment she remained there, still.

She turned back to them slowly, and Nick, suddenly concerned, took a step toward her. But it was Len she answered. 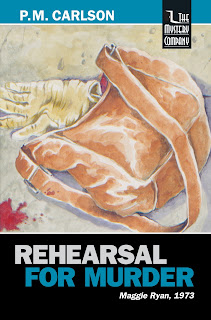 About the book:
As REHEARSAL FOR MURDER begins, Maggie is a partner in a statistical consulting business, and her actor husband Nick O’Connor has been cast in a wonderful new role. He’s rehearsing an off-Broadway musical, playing Gladstone to the famous Ramona Ricci’s Queen Victoria. But Nick is worried by Ramona’s diva-like behavior, which enrages the cast members. And the home front is even tougher. He and Maggie adore their five-month-old daughter Sarah, but she exhausts them and leaves them no time for each other.

Then they’re slammed with two more problems. Maggie, doing a favor for another frazzled parent, gets wind of a plot against that child. And someone guns down the bitchy Ramona.

Read an excerpt:
A pause; a choked sob from the crumpled Ramona; and then the pounding dirge from chorus and piano.

Ramona straightened slowly, as though lifting a crushing weight, and pulled a black shawl about her. The chorus moved back with measured steps, leaving her solitary in the middle of the stage. The music modulated, and very quietly she began to sing "The Widow of Windsor." For the first time that day she did not have to worry about new dance steps or new movements, and she invested the words with a powerful emotional energy. "Alone," she sang, "in the crowds, still alone; among the princes, alone; forever alone." Nick, standing in the silent chorus, felt his throat tightening. The small isolated figure, the husky beauty of the voice that shimmered on the edge of tears, communicated a human truth that transcended history, geography, wealth, gender. She bound them all into Victoria's grief.

Then the stage manager cleared his throat and said, "Blackout," in his flat twang.

The spell was shattered. Derek exclaimed, "Super! But you know that, Ramona. On to act two?"

"Let's stop a minute early today, Derek. It's been a long afternoon." Ramona, drooping, pulled the shawl from her shoulders, then noticed the blond onlooker for the first time and stiffened. "Well! So Larry's evening revels have begun already. Though the brunette that came for him yesterday was prettier. Treat him well, sweetie." She winked at the young woman. "Your competition is formidable."

The few words reawakened the sizzle of rage in all of them.

Meet the author - P.M. Carlson
P.M. Carlson taught psychology and statistics at Cornell University before deciding that mystery writing was more fun. She has published twelve mystery novels and over a dozen short stories. Her novels have been nominated for an Edgar Award, a Macavity Award, and twice for Anthony Awards. Two short stories were finalists for Agatha Awards. She edited the Mystery Writers Annual for Mystery Writers of America for several years, and served as president of Sisters in Crime.
Catch Up With Our Author On: Website , Goodreads , Smashwords, & Twitter !

Giveaway:
This is a rafflecopter giveaway hosted by Partners in Crime Virtual Book Tours for P.M. Carlson. There will be 1 winner of one (1) Amazon.com Gift Card. The giveaway begins on August 29 and runs through September 5, 2017.