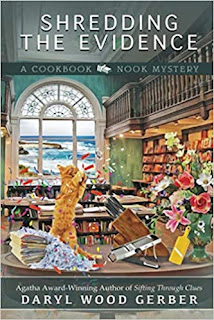 My thoughts
Daryl has done it again and has another hit with this book.  I love the food theme of this series and am always excited to see Jenna is up to.  She made Food Bowl Week sound like a fun thing to see and do.  I also like hearing about the different foods and enjoy trying out some of the recipes.  I thought I had the killer all figured out then before I knew it there would a twist that would have me rethinking my choice.  I highly recommend this series as the characters nor the author's writing will disappoint.
Posted by Angela - Bookaunt at Saturday, April 25, 2020