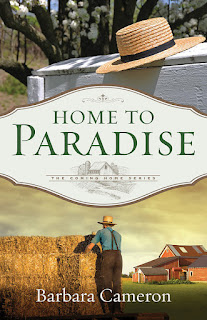 Published: February 15, 2017
Number of pages: 320
Genre: Amish Fiction
Series: Coming Home #3
that
Synopsis:
Rose Anna Zook has watched her two older sisters marry two Stoltzfus men and has always thought she and John, the third Stoltzfus brother, would marry, make a home together, and have children. But John has other ideas. He’s enjoying his Rumschpringe in the Englisch world a little too much and isn’t interested in returning to the Amish community—especially to marry.

Rose Anna is determined to bring her man back into the Amish fold. John is equally determined to live his life free and unencumbered. Who will win this battle of wills? Will love prevail?

My thoughts:
This is the first book in this series and I did good with reading it as a stand alone book. I thought the story was a nice story and liked getting to know Rose Anna and John and watching their relationship grow. They had a few things to overcome but that is what helped the story move along in my opinion. John had a few wild oats to sow before he could make his decision on what he wanted in life and I am sure for Rose Anna it was hard to wait on what he decided to do. I thought the characters were nicely developed and the story line was a good one to follow.

About the author:
Barbara Cameron has a heart for writing about the spiritual values and simple joys of the Amish. She is the best-selling author of more than 40 fiction and nonfiction books, three nationally televised movies, and the winner of the first Romance Writers of America Golden Heart Award. Her books have been nominated for Carol Awards and the Inspirational Reader's Choice Award from RWA's Faith, Hope, and Love chapter. Barbara resides in Jacksonville, Florida.

Join Barbara on Thursday, March 9, for a live author chat party on her Facebook page with fun prizes to be won! Click the graphic below for more details and to RSVP. Hope to see you there-bring a friend or two who loves Amish fiction!