A Good American by Alex George 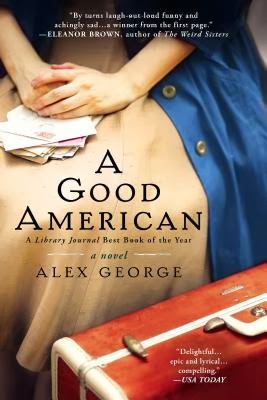 Synopsis: This is the story of the Meisenheimer family, told by James, a third-generation American living in Beatrice, Missouri. It’s where his German grandparents—Frederick and Jette—found themselves after journeying across the turbulent Atlantic, fording the flood-swollen Mississippi, and being brought to a sudden halt by the broken water of the pregnant Jette.    A Good American tells of Jette’s dogged determination to feed a town sauerkraut and soul food; the loves and losses of her children, Joseph and Rosa; and the precocious voices of James and his brothers, sometimes raised in discord…sometimes in perfect harmony.    But above all, A Good American is about the music in Frederick’s heart, a song that began as an aria, was jazzed by ragtime, and became an anthem of love for his adopted country that the family still hears to this day.

My review: I don't like to write bad reviews so my review will be short this time. I liked the concept of this book and the story did move along but I thought the book was very depressing. The characters focused on everything bad that happened instead of the good. It seemed as nothing ever went right for this family. Most of the time you could tell the story was being told by James (a character in the story) but other times it seemed as if it was being told by someone else It was not what I was expecting but I am glad that I read the book anyway.
Posted by Angela - Bookaunt at Sunday, March 02, 2014