The Enemies of Versailles by Sally Christie - Guest Post and Giveaway

Synopsis:
In the final installment of Sally Christie's "tantalizing" (New York Daily News) Mistresses of Versailles trilogy, Jeanne Becu, a woman of astounding beauty but humble birth, works her way from the grimy back streets of Paris to the palace of Versailles, where the aging King Louis XV has become a jaded and bitter old philanderer. Jeanne bursts into his life and, as the Comtesse du Barry, quickly becomes his official mistress.

"That beastly bourgeois Pompadour was one thing; a common prostitute is quite another kettle of fish." After decades of suffering the King's endless stream of Royal Favorites, the princesses of the Court have reached a breaking point. Horrified that he would bring the lowborn Comtesse du Barry into the hallowed halls of Versailles, Louis XV's daughters, led by the indomitable Madame Adelaide, vow eternal enmity and enlist the young dauphiness Marie Antoinette in their fight against the new mistress. But as tensions rise and the French Revolution draws closer, a prostitute in the palace soon becomes the least of the nobility's concerns.

Told in Christie's witty and engaging style, the final book in The Mistresses of Versailles trilogy will delight and entrance fans as it once again brings to life the sumptuous and cruel world of eighteenth century Versailles, and France as it approaches irrevocable change.


About the author:
Sally Christie is the author of The Sisters of Versailles and The Rivals of Versailles. She was born in England and grew up around the world, attending eight schools in three different languages. She spent most of her career working in international development and currently lives in Toronto. Learn more her Versailles trilogy on her website Become a fan to hear about her next novels! Visit her Facebook Page Check her Pinterest page


Guest Post:
Animals at Versailles
Just like today, people in the 18th century kept a great deal of pets: cats, dogs, birds. Because of their importance for the hunt, dogs especially figured large in every aristocrat’s life. Louis XV was so fond of his hunting dogs he got individual portraits done of each of them! 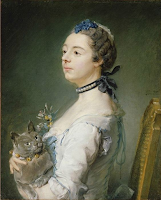 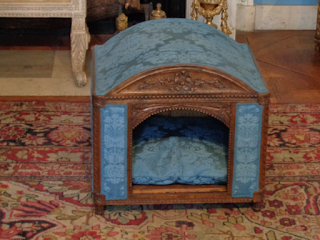 Giveaway:
You can enter the global giveaway here or on any other book blogs participating in this tour. Be sure to follow each participant on Twitter/Facebook, they are listed in the entry form below.

Visit each blogger on the tour: tweeting about the giveaway everyday of the Tour will give you 5 extra entries each time! Just follow the directions on the entry-form. Global giveaway - open to US residents - 5 winners of a print copy

CLICK ON THE BANNER TO READ REVIEWS, EXCERPTS, GUEST-POSTS

Tuesday, March 28
Review + Excerpt + Giveaway at
Musings of a writer and unabashed francophile