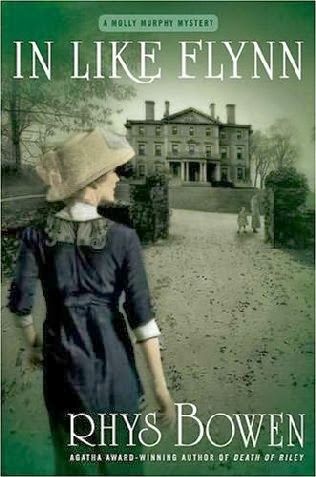 Synopsis:
Fledgling private investigator Molly Murphy's latest assignment gives her the opportunity to escape the typhoid epidemic sweeping across New York City in the summer of 1902 for the lush Hudson River Valley. And it comes from an unlikely source-Captain Daniel Sullivan, a New York City police detective and erstwhile beau of Molly's. She has vowed to keep him at arm's length until he can rid himself of his socialite fiance, but she can't pass up the chance to take advantage of his offer of a real detective job.
Daniel hires Molly to go undercover inside the country household of Senator Barney Flynn, in Peekskill, New York. Flynn's wife, Theresa, has become the latest devotee of a pair of spiritualists known as the Sorensen Sisters. The frail Theresa is desperate to use the sisters' alleged abilities to hold a s&eacute;ance to contact her infant son, who was kidnapped five years ago and never found; the accused kidnapper was killed before he could tell police where the boy was being held. But the police are sure the women are frauds.
When Molly allows herself to be distracted from the Sorensen Sisters and the members of the Flynn household by the unsolved kidnapping, it is a race against time to find out what's really going on before it's too late.

My Review:
I have enjoyed this entire series including this one. It has been fun following Molly's life and her adventures. This book had a good mystery in trying to figure out who actually took the baby. I thought I had it figured out but there was a twist in the end and I was wrong. Molly of course gets herself tangled up in a mess again and finds herself in danger but you will have to read to find out what happens. I am looking forward to the next book in this series.