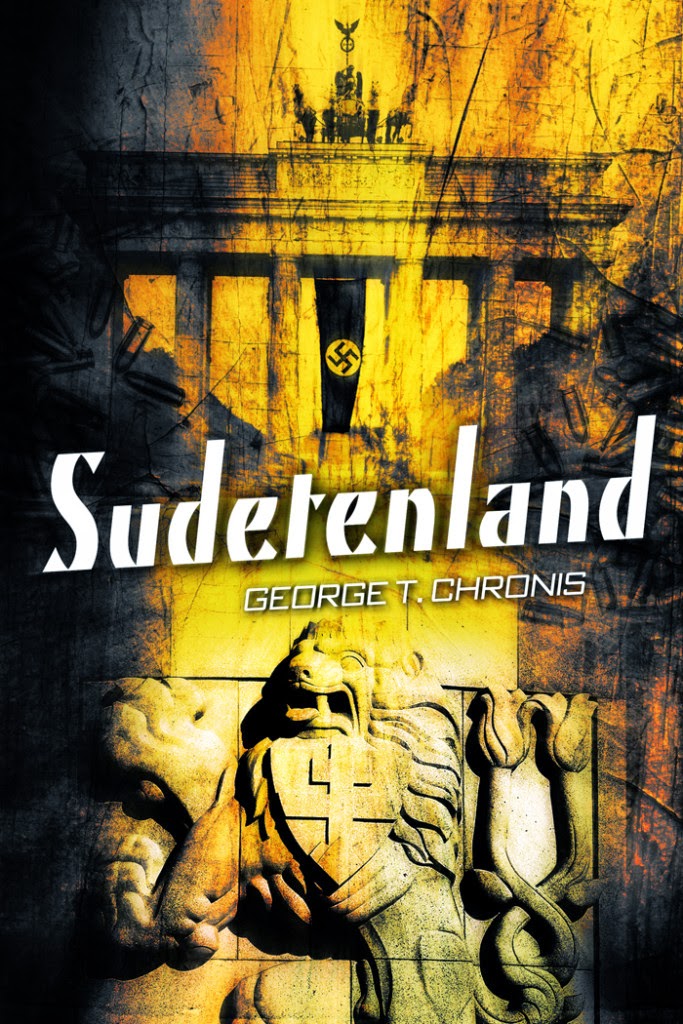 
Genre: Historical Fiction
Synopsis:
Sudetenland is the premiere novel by author George T. Chronis. The book delivers suspenseful and sweeping historical fiction set against Central European intrigue during the late 1930s leading up to 1938’s Munich Conference. Having swallowed up Austria, Adolph Hitler now covets Czechoslovakian territory. Only France has the power to stand beside the government in Prague against Germany… but will she? The characters are the smart and sometimes wise-cracking men and women of this era – the foreign correspondents, intelligence officers, diplomats and career military – who are on the front lines of that decade’s most dangerous political crisis. If Czechoslovak president Edvard Beneš ignores the advice of French premier Édouard Daladier and refuses to give up Bohemian territory willingly, then Hitler orders that it be taken by force. The novel takes readers behind the scenes into the deliberations and high drama taking place within major European capitals such as Prague, Paris, Berlin, Vienna and London as the continent hurtles toward the crucible of a shooting war.

“Chronis impresses with such a challenging and intriguing debut effort, well written, impeccably researched.” — Melinda, Unshelfish
“Anyone that is looking for a thorough and rewarding read will enjoy Sudetenland.” — Diana, BookNerd
“The plot moves quickly along keeping you intrigued with well defined characters and great imagery to help immerse yourself in the story… I adored the way George managed to weave together the tragedy of war, depression and politics with romance, love and hope.” — Jennifer, pirategrl1014

Amazon US
Amazon UK
Barnes & Noble
iBooks
Kobo
About the author:
After years as a journalist and magazine editor, George T. Chronis decided to return to his lifelong passion, storytelling. A lover of both 1930s cinema and world history, Chronis is now devoted to bringing life to the mid-20th Century fictional narratives that have been in his thoughts for years. Sudetenland© is his first novel. Taking place during turbulent times in Central Europe during the 1930s, the book took eight years to research and write. The author is already hard at work on his second novel.
Chronis is married with two daughters, and lives with his wife in a Southern California mountain community.
For more information please visit the Sudetenland website or George T. Chronis’s website, or follow him onTumblr. Subscribe to George T. Chronis’s newsletter.

Be sure to stop by Historical Fiction Virtual Book Tours (click here) to see all the stops on the tour.
Posted by Angela - Bookaunt at Thursday, March 26, 2015