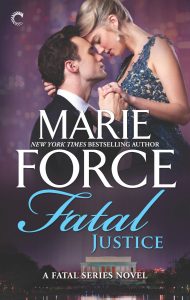 Synopsis:
She looked into the dead face of the man she’d dined with the night before

Standing over the body of a Supreme Court nominee, Lieutenant Sam Holland is hip-deep in another high-profile murder case. The fact that she was one of the last people to see Julian Sinclair alive just complicates things even more. On the plus side, her relationship with Senator Nick Cappuano is heating up—but it’s also attracting a lot of unwanted media attention and blinding flashbulbs.

The pressure is on for Sam to find Sinclair’s killer, but a new lead in her father’s unsolved shooting puts her in unexpected danger. When long-buried secrets threaten to derail her relationship with Nick, Sam realizes that while justice can be blind, mixing romance with politics has the potential to be fatal….

Her goals in life are simple—to finish raising two happy, healthy, productive young adults, to keep writing books for as long as she possibly can and to never be on a flight that makes the news.

Excerpt:
“Do I have to call you Senator now?” she asked with a glint in her eye.

Her cheeks flamed with color. “Why do you have to say that stuff?”

“Because it flusters you.”

She poked his ribs, making him laugh.

A throat was cleared behind them. They turned to find Nick’s communications director, Trevor Donnelly, waiting for him. Nick had retained all of John O’Connor’s staff, including the perpetually frazzled, mop-topped Donnelly.

“Um, excuse me, Senator, but the media is waiting to have a word with you, and the president and first lady were looking for you in the office. They have to get going.”

With an awkward nod, Trevor left them.

“It has to be weird to them,” Nick said, watching him go. “Two weeks ago, I was a staffer too. Now they have to call me Senator.”

“There’ll be some adjustments, but you’ll make it work.”

“Thanks for the vote of confidence. I hope you’re right.”

“You’d better go. The president’s waiting for you.”

“Before I do,” he said, reaching for her hands and bringing them to his lips, “I have to do something about that anticipating-disaster look on your face.” When he had her full attention, he said, “I love you, Samantha, and you’re the most important thing in my life. More important than my job, my new title and all the perks that’ll come with it.”

“That’s sweet of you to say.” She finally cracked a grin as they walked toward the elevator. 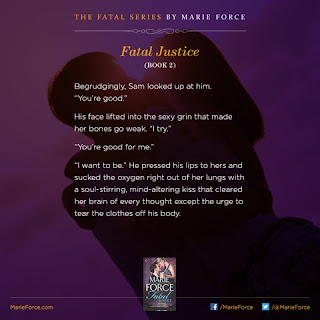 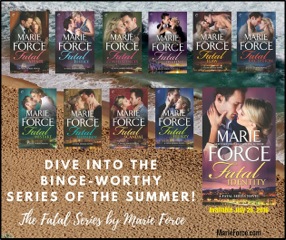