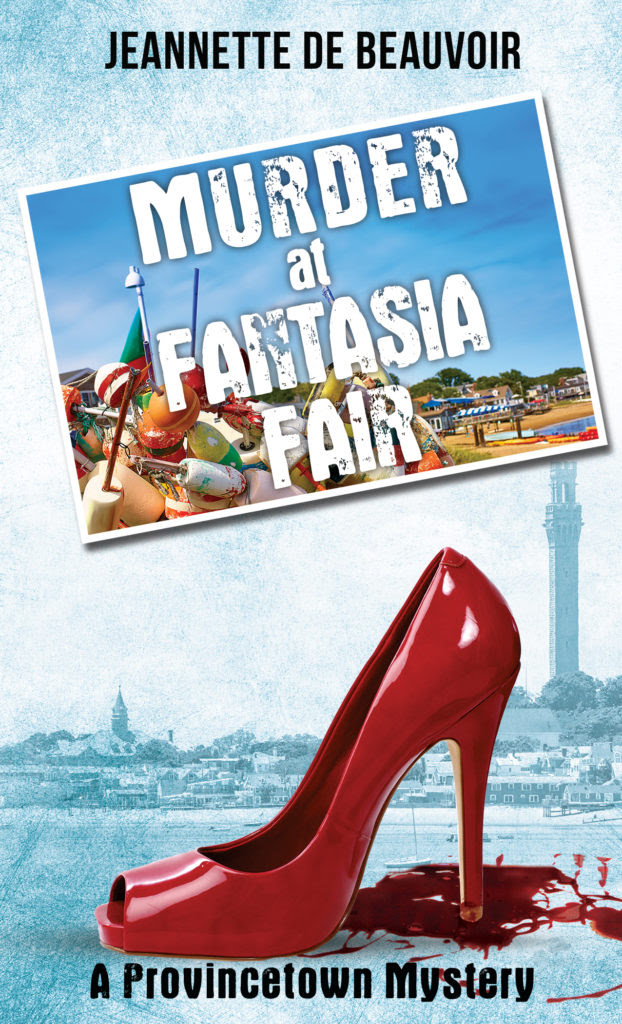 Book description
Wedding coordinator Sydney Riley never thought she'd get caught up in a murder investigation, but she became an amateur sleuth when her boss was killed during Bear Week. Now she's back, this time as the Race Point Inn hosts Provincetown's venerable transgender event, Fantasia Fair... and murder is once again an uninvited guest! It's all hands on deck at the inn as visitors arrive for the week-long event and Sydney helps coordinator Rachel Parsons organize the occasion. Guest Elizabeth Gonzalez is attending with her spouse, Bob, who--as Angela--is taking a bold first step into a whole new existence. Angela, Elizabeth, and Sydney learn the ropes and politics from other guests, some of whom have attended annually for more than forty years. But the next day, Sydney's detective friend summons her to one of the town beaches where Angela's body has been found--with a knife in her back, a knife stolen from Adrienne, the Race Point Inn's diva chef. Fair organizers and attendees try and carry on as Provincetown is overrun with police, press, and rampant speculation. Sydney, her boyfriend Ali, her friend Mirela, her boss Glenn, and a host of Fantasia Fair participants scramble to find out who killed Angela--and why--before the killer strikes again.


Meet the author - Jeannette de Beauvoir
Jeannette de Beauvoir grew up in Angers, France, but has lived in the United States since her twenties. (No, she's not going to say how long ago that was!) She spends most of her time inside her own head, which is great for writing, though possibly not so much for her social life. When she's not writing, she's reading or traveling... to inspire her writing. The author of a number of mystery and historical novels, de Beauvoir's work has appeared in 15 countries and has been translated into 12 languages. Midwest Review called her Martine LeDuc Montréal series "riveting (...) demonstrating her total mastery of the mystery/suspense genre." She coaches and edits individual writers, teaches writing online and on Cape Cod, and is currently writing a Provincetown Theme Week cozy mystery series featuring female sleuth Sydney Riley. More at JeannettedeBeauvoir.com

Character Guest Post
I’m Sydney Riley, and I’m the wedding coordinator for the Race Point Inn in Provincetown, at the tip of Cape Cod. I love the town I live in—a few murders here and there notwithstanding!—so I thought that today I’d introduce you to it… with five reasons you’ll fall in love with Provincetown!

Reason #1: The Atlantic Ocean. Cape Cod was once known as the grave of the Atlantic for its treacherous sand bars, but now is a beloved summer destination for families that have been coming here for generations. In Provincetown itself you can check out the lighthouse at Race Point, or watch the sun set into the water at Herring Cove. I’m always recommending water-related activities to the guests at the inn: whale-watching, a schooner ride, parasailing, and fishing are all great ways to spend the day!

Reason #2: The Art. Provincetown is the oldest continuously operating art colony in the United States, with luminaries like Henry Hensche, Charles Hawthorne, Blanche Lazzell, and others found that there was something special about the light out here. On August 27, 1916, a Boston Globe headline read "Biggest Art Colony in the World at Provincetown." More than 300 artists and students were in town (many of them expatriates fleeing the war in France) and six schools of art were in operation. These days, I recommend the Friday-night Gallery Stroll, when you can visit all the Commercial Street galleries, meet the artists, have a glass of wine and Talk Art!

Reason #3: The Quirky People. Well, this may be the most memorable. We’re an art colony, a Portuguese fishing town, and a gay-friendly resort, and somehow all those people manage to come together to make it an amazingly interesting place to visit. Any summer evening’s best entertainment is a stroll down Commercial Street, and that gets multiplied by a factor of 10 during any of our famous “theme weeks” (at which I seem to stumble across a significant number of dead bodies!).

Reason #4: The Food. We’re on the Cape. The fishing fleet delivers every day. I probably don’t need to say more, do I? Wellfleet (with its famous oysters) is two towns away from us. Fresh fish is available all over town, often prepared in creative and tantalizing ways. My friend Daniel, who lived in Japan for many years, says that Mac’s has some of the best sushi anywhere. Now there’s a recommendation!

Reason #5: The Theatre. Also in 1916, there was an influx of poets, novelists, journalists, and playwrights into Provincetown from Greenwich Village, bringing a bohemian lifestyle to the former fishing village. Eugene O'Neil's breakthrough drama "Bound East For Cardiff" was first staged here. Every summer there’s a lot of really excellent community, rep, and professional theatre going on around the Outer Cape. Just ask me for recommendations when you’re here!

So… come and visit, either in person or via the mystery series that Jeannette’s writing about me. I’m absolutely sure that you’ll fall in love with Ptown, too!