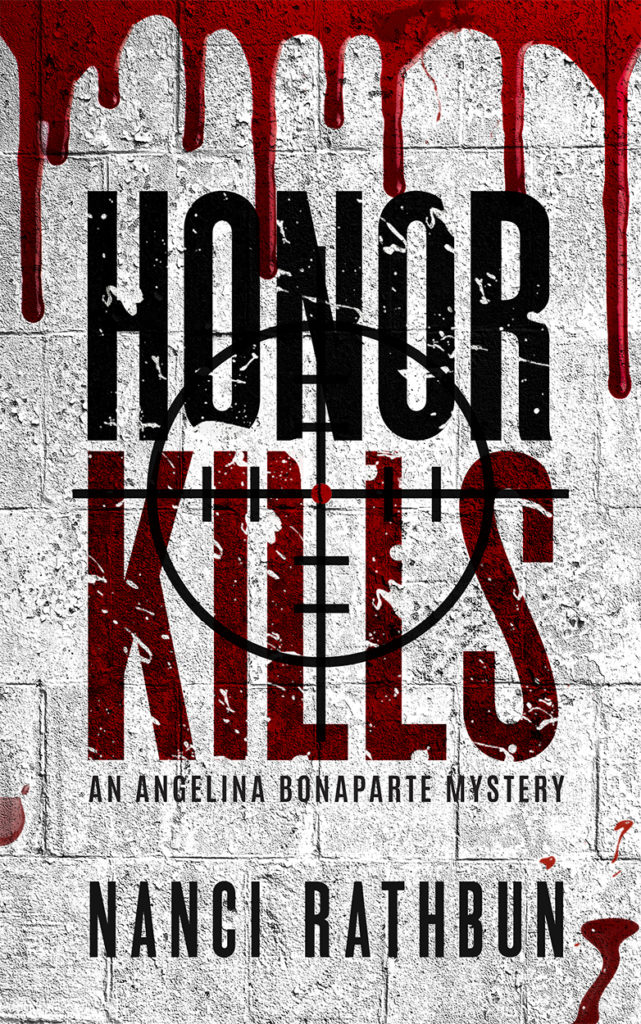 Book description
Did honor force him to abandon his wife and kids? Or is he just a weasel? Six years ago, Marcy Wagner hired PI Angelina Bonaparte to find her missing husband Hank, who cleaned out their bank accounts and disappeared. Then Angie finds his obituary in an upstate newspaper. Marcy wants to know what why he abandoned her and the kids. Angie does, too! She embarks on a mission that will blow the lid off Hank’s hidden life and reveal the reasons he ran. Was he a lowdown skunk? Or did he do the honorable thing when he left? Angie follows a twisted path to the truth and discovers that it lies perilously close to her own family life.

Meet the author - Nanci Rathbun
Nanci Rathbun is a lifelong reader of mysteries – historical, contemporary, futuristic, paranormal, hard-boiled, cozy … you can find them all on her bookshelves. She brings logic and planning to her writing from a background as an IT project manager, and attention to characters and dialog from her second career as a Congregationalist minister. Nanci grew up an Army brat, living in Germany, France, and Korea, as well as several states in the U.S. After her dad retired from the service, the family settled in Milwaukee, Wisconsin. There, Nanci raised her daughter and son, while working at AT&T. She never expected to move, but when her second grandchild was on the way, she wanted to be closer. One of her greatest joys is hearing her three granddaughters shout ‘Nana’ when she comes in their front door in Fort Collins, Colorado. Nanci’s Maltipoo, Teeny, and she now live in Wellington, Colorado. No matter where she makes her home, she will always be a Packers fan.