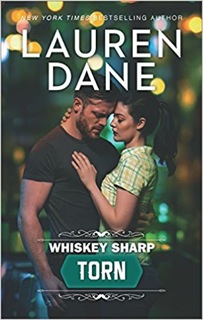 Beau Petty has been searching his whole life. Searching for a place that fills all the empty spaces in him. Searching for a way to tame the restlessness. Searching for answers to the secret he’s never stopped trying to solve. What he wasn’t searching for was a woman to claim all of him, but when Cora Silvera walks back into his life, he’s ready to search out all the ways he can make her his.

Cora has spent her life as the family nurturer, taking care of others. But now she’s ready to pass that job on to someone else. It’s time to make some changes and live for herself. It’s in that moment that her former teenage crush reappears and the draw and the heat of their instant connection is like nothing either of them has experienced. He craves being around her. She accepts him, dark corners and all.

Beau thinks Cora’s had enough drama in her life. He wants to protect her from the secrets of his past, even if it means holding back the last pieces of himself. But Cora is no pushover and she means to claim all those pieces.

Meet the author - Lauren Dane
The story goes like this – While on pregnancy bed rest, Lauren Dane had plenty of down time so her husband took her comments about “giving that writing thing a serious go” to heart and brought home a secondhand laptop. She wrote her first book on it before it gave up the ghost. Even better, she sold that book and never looked back.

Today Lauren is a New York Times bestselling author of over fifty novels and novellas across several genres.

Excerpt
NOT TOO MANY hours after getting off an airplane, Cora approached Whiskey Sharp—a barbershop, and in the evenings, a bar. The lazily swirling red-and-white candy cane sign out front was illuminated and the interior lights cast a shine against the gold-toned flourish of the shop’s title on the front glass doors.

Inside, it smelled of sandalwood and amber, two of the more popular scents of the products used in hair and beards. Music played loud enough to feel like an embrace but it didn’t drown out the low hum of conversation from the people knotted around the bar area.

Alexsei Petrov, Maybe’s husband, but also Cora’s friend, owned and ran the place that had become another home for Cora. He saw her come in and smiled, tipping his chin to where Maybe stood, working at her station. Giving someone a shave by the looks of it.

Three months before, her friend’s hair had been platinum blonde, but currently the tips were a brilliant teal blue that bled into a wash of purple.

It would have looked absurd on most people, but Maybe managed to make it seem retro and futuristic at the same time when she coupled it with high-waisted gray pinstripe pants and a crisp white button-down shirt.

Rachel stood, her hip resting against the table, a smile on her face reserved for the client who Cora now recognized as Rachel’s man, Vic, sitting in Maybe’s chair getting that shave.

The weight of the familiar was lovely and bloomed through her belly. This was another one of her places. Full of her people.

“You bitches are still the hottest chicks I know,” she said as she approached.

Rachel looked over, her eyes widening in pleasure and recognition. “You’re here!”

“I told you I’d come by,” Cora said, swallowed up into a hug.

“I know but you’re here now. Yay!” Maybe took over the next hug, smacking a kiss right onto her lips before stepping back.

Laughing, she got hugs from the wild bearded Russians, as Rachel and Maybe referred to their dudes.

“Everyone missed you. Not more than us, naturally, but still,” Rachel said after Cora had been loved up on by all her friends. “Three months is way too long to go without seeing you.”

“It’s nice to be missed.” She was pretty sure she’d just finished her last extended trip with her mother. Yes, it was travel for work and she liked to go to new places. But these long stints meant she had avoided getting a dog or a cat. It wasn’t fair to have to leave them with someone for weeks and weeks. It also meant that aside from one long-distance relationship that had ended two years before, Cora hadn’t really seen anyone seriously. She wanted more roots. And a dog. And maybe someone to go on dates with.

She’d settle for a drink and some food as she hung out with her crew to start.

“Wren said she already invited you to dinner,” Maybe called out as she began to clean her station up.

“She informed me one of their friends is cooking and that there’d be cake. So naturally I’m in.”

Gregori—another wild bearded Russian—was Vic and Alexsei’s cousin. He also happened to be a hugely successful artist Cora had known for years through the local art scene. He and his wife Wren—an artist in her own right—lived in a loft space above Whiskey Sharp.

“It’s like what I imagine heaven to be, that’s for sure,” Cora answered.