Paris was the Place by Susan Conley 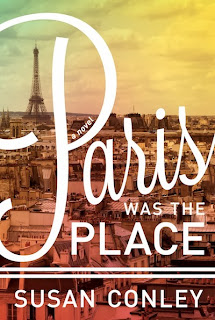 Synopsis: With her new novel, Paris Was the Place (Knopf, 2013), Susan Conley offers a beautiful meditation on how much it matters to belong: to a family, to a country, to any one place, and how this belonging can mean the difference in our survival. Novelist Richard Russo calls Paris Was the Place, “by turns achingly beautiful and brutally unjust, as vividly rendered as its characters, whose joys and struggles we embrace as our own.”

When Willie Pears begins teaching at a center for immigrant girls in Paris all hoping for French asylum, the lines between teaching and mothering quickly begin to blur. Willie has fled to Paris to create a new family, and she soon falls for Macon, a passionate French lawyer. Gita, a young girl at the detention center, becomes determined to escape her circumstances, no matter the cost. And just as Willie is faced with a decision that could have dire consequences for Macon and the future of the center, her brother is taken with a serious, as-yet-unnamed illness.

The writer Ayelet Waldman calls Paris Was the Place “a gorgeous love story and a wise, intimate journal of dislocation that examines how far we’ll go for the people we love most.” Named on theIndie Next List for August 2013 and on the Slate Summer Reading List, this is a story that reaffirms the ties that bind us to one another.

My review: I picked this book to read as I am in love with all things Paris, I enjoy being transported to a place that is a dream for me to go to. One thing I enjoyed was how each chapter started out - it made you feel as if you were learning something while enjoying yourself. When reading this book you get three stories in one but you have no trouble following each of them. The characters were very well developed in this book. A well written book that gives you a different look on life in Paris.

Author bio
Susan Conley is a writer and teacher. Her memoir, The Foremost Good Fortune (Knopf 2011), chronicles her family’s experiences in modern China as well as her journey through breast cancer. The Oprah Magazine listed it as a Top Ten Pick, Slate Magazine chose it as "Book of the Week," and The Washington Post called it "a beautiful book about China and cancer and how to be an authentic, courageous human being." Excerpts from the memoir have been published in The New York Times Magazine and The Daily Beast.
Susan’s writing has also appeared in The Paris Review, The Harvard Review, The Massachusetts Review, The Gettysburg Review, The North American Review, Ploughshares, and elsewhere. A native of Maine, she earned her B.A. from Middlebury College and her M.F.A. in creative writing from San Diego State University. After teaching poetry and literature at Emerson College in Boston, Susan returned to Portland, where she cofounded and served as executive director of The Telling Room, a nonprofit creative writing center. She currently teaches at The Telling Room and at the University of Southern Maine’s Stonecoast MFA Program.
Contact Information
www.SusanConley.com
Facebook
Twitter 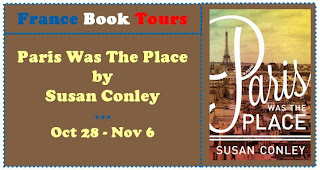