The Shadow Queen by Sandra Gulland - Review and Giveaway 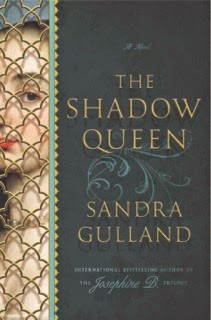 Synopsis: From the author of the beloved Josephine B. Trilogy, comes a spellbinding novel inspired by the true story of a young woman who rises from poverty to become confidante to the most powerful, provocative and dangerous woman in the 17th century French court: the mistress of the charismatic Sun King.

1660, Paris
Claudette’s life is like an ever-revolving stage set.  From an impoverished childhood wandering the French countryside with her family’s acting troupe, Claudette finally witnesses her mother’s astonishing rise to stardom in Parisian theaters. Working with playwrights Corneille, Molière and Racine, Claudette’s life is culturally rich, but like all in the theatrical world at the time, she’s socially scorned.
A series of chance encounters pull Claudette into the alluring orbit of Athénaïs de Montespan, mistress to Louis XIV and reigning “Shadow Queen.” Needing someone to safeguard her secrets, Athénaïs offers to hire Claudette as her personal attendant.
Enticed by the promise of riches and respectability, Claudette leaves the world of the theater only to find that court is very much like a stage, with outward shows of loyalty masking more devious intentions. This parallel is not lost on Athénaïs, who fears political enemies are plotting her ruin as young courtesans angle to take the coveted spot in the king’s bed.
Indeed, Claudette’s “reputable” new position is marked by spying, illicit trysts and titanic power struggles. As Athénaïs, becomes ever more desperate to hold onto the King’s favor, innocent love charms move into the realm of deadly Black Magic, and Claudette is forced to consider a move that will put her own life—and the family she loves so dearly—at risk.
Set against the gilded opulence of a newly-constructed Versailles and the blood-stained fields of the Franco-Dutch war, THE SHADOW QUEEN is a seductive, gripping novel about the lure of wealth, the illusion of power, and the increasingly uneasy relationship between two strong-willed women whose actions could shape the future of France.

My review: This was a good book to me. The author does a good job with the characters and the use of history. I think she really did her research when writing this book. I did not know anything about this character in history so I was happy to read and learn some more about her. It was neat to read about the early days of theater. Another fun thing about this book was the tangled webs and conflict between the different classes that were told throughout the story. I recommend this book to history lovers.

Sandra Gulland is the author of the Josephine B. Trilogy, internationally best-selling novels about Josephine Bonaparte which have been published in over seventeen countries. Her forth novel, Mistress of the Sun, set in the 17th-century court of the Sun King, was also a bestseller and published internationally.
Her most recent novel is The Shadow Queen, also set in the era of the Sun King, published in April of 2014 by HarperCollins in Canada and Doubleday in the U.S. 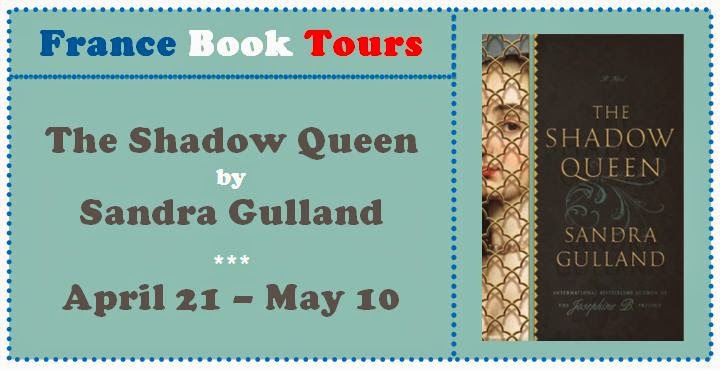 Go to France Book Tours to check out the rest of the stops on the tour. (click here)

a Rafflecopter giveaway
Posted by Angela - Bookaunt at Saturday, May 10, 2014