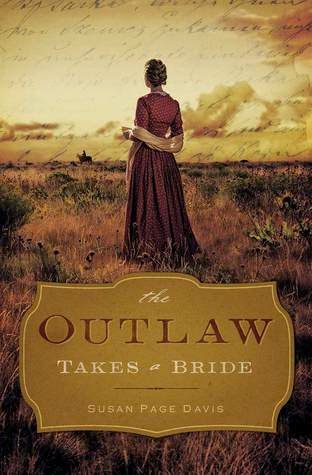 
Synopsis: Johnny Paynter flees Denver to escape being hanged for a murder he didn’t commit. At his brother’s ranch in Texas, where he thought he could take refuge, he finds his brother, Mark—dead. Taking advantage of his strong resemblance to his brother, Johnny assumes Mark’s identity. Soon Johnny discovers that Mark had been corresponding with a widow named Sally in St. Louis, and she’s en route to be a mail-order bride to Mark. Seeing no other option, Johnny makes a fateful decision to go through with the wedding, posing as his brother. But Sally has secrets she's hiding, too. How will a marriage survive with so much deception?

My review: I thought I would try a new author to me so when I saw that Susan was looking for people to review her book I jumped at the chance. This was an enjoyable book for me. I liked the time period it was set in and the author did a good job with the descriptions of the settings. You could see what she was talking about. The author also did a very good job with the character development. You have to feel for Johnny - first he was accused of a murder he did not commit then he finds his brother is dead. Now he did pull a fast one pretending to be his brother but I guess he felt it was the right thing to do. Then we have Sally a poor widow. I felt as if Effie was a bit harsh with her, I know it can be hard living together but sometimes you have to make it work. Effie just seems all around mean. It seems as if Sally has found a way out with Mark, but what Sally does not know when she heads to Texas is Johnny is playing Mark but then she has secrets too. It was fun to read how the whole story played out and how the relationship between Johnny aka Mark and Sally played out. This is a nice clean romance and I recommend it to anyone who likes romance stories.
Posted by Angela - Bookaunt at Sunday, February 15, 2015