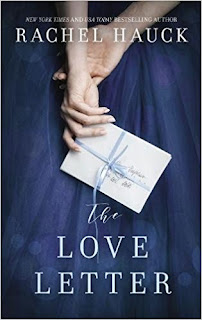 Book description
From the New York Times bestselling author of The Wedding Dress comes a story of long-lost love and its redemption in future generations.

Romance has never been actress Chloe Daschle’s forte—in life or on screen. But everyone knows who to call for a convincing death scene . . . and it might be killing her career.

When Chloe is given a peek at the script for an epic love story, she decides to take her destiny into her own hands and request an audition for the lead female role, Esther Kingsley. The compelling tale, inspired by family lore and a one-page letter from the colonial ancestor of scriptwriter Jesse Gates, just might break her out of this career-crippling rut. Jesse would rather write about romance than live through it after his past relationship ended in disaster. But once on-set together, the chemistry between Jesse and his leading lady is hard to deny.

Centuries earlier, in the heart of the Revolutionary War, Hamilton Lightfoot and Esther Longfellow wrote their saga off the silver screen. Esther’s Loyalist father opposes any relationship with Hamilton, but Esther must face her beloved father’s disapproval and the dangers of war in order to convince Hamilton of their future together. Hamilton has loved Esther for years, and on the eve of battle pens the love letter she’s always wanted—something straight from the heart.

Set in stunning upcountry South Carolina, The Love Letter is a beautifully-crafted story of the courage it takes to face down fear and chase after love, even in the darkest of times. And just maybe, all these generations later, love can come home in a way not even Hollywood could imagine.

Meet the author - Rachel Hauck
Rachel Hauck is the New York Times, Wall Street Journal, and USA TODAY bestselling author of The Wedding Dress, which was also named Inspirational Novel of the Year by Romantic Times and was a RITA finalist. Rachel lives in central Florida with her husband and pet and writes from her ivory tower.

My thoughts
I enjoyed the setting and time period of this story. This is kind of considered a time-slip novel since it takes place in two different time periods. The Revolutionary time period is always one of my go-time settings. Rachel did a good job in capturing the time and place. I felt as if her research showed through. She also did a good job of going back and forth between the stories. When I would be reading one story I found I could not wait to see what happened with the first story. I thought all the characters were strong and liked the way each of their personalities showed through. The author created another great book.