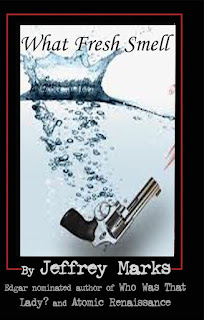 Synopsis
There’s Murder in River City – Daycare that is.

When Marissa learns that a teacher at the daycare center has been murdered, she comes to the realization that she really didn’t know much about the people who worked there, especially the murdered woman. She’ll now have to manage her son, her mother, her mother’s Scottish terrier, and an ex-boyfriend as she tries to hunt down the people behind a robbery ring and the person who killed a daycare teacher. If she’s not careful, she might meet the same fate.

About the author:
Jeffrey Marks is a long-time mystery fan and freelancer. After numerous mystery author profiles, he chose to chronicle the short but full life of mystery writer Craig Rice.

That biography (Who Was That Lady?) encouraged him to write mystery fiction. His works include Atomic Renaissance: Women Mystery Writers of the 1940s/1950s, and a biography of mystery author and critic Anthony Boucher entitled Anthony Boucher. It was nominated for an Agatha and fittingly, won an Anthony. He won a Malice Domestic Grant for The Scent of Murder, which has spurred the Marissa Scott series. What Fresh Smell is the third novel in the series.

His work has won a number of awards including the Barnes and Noble Prize and he was nominated for a Maxwell award (DWAA), an Edgar (MWA), three Agathas (Malice Domestic), two Macavity awards, and three Anthony awards (Bouchercon). Today, he writes from his home in Cincinnati, which he shares with his spouse and three dogs.

Guest Post:
My early thirties were not a good time. I’d been very ill with pneumonia, and I’d recently gotten a divorce. I’ve often read about those mystery writers (like Ellery Queen and Margaret Millar) who read mysteries while they were ill and decided that they could do better. At that juncture, I decided that I would be one as well.

Despite my illness, I had the idea for a mystery series about a divorced woman who works at a department store and gets involved in a murder at the department store. In the matter of six weeks, I wrote an entire first draft of the first book in the series, The Scent of Murder. The main character worked in the same profession as my sister, so the research was just a phone call away.

For someone who wrote biographies and historical fiction that took years to research and write, a contemporary mystery held a particular charm. Instead of years, I could finish a book in less than two months. Whatever could I do with that free time?

After a solid edit, I submitted my book to the Malice Domestic Grant competition. I’ve come to learn that editing is always the worst part of the process for me. I tend to do several drafts and the sheer magnitude of reading and rereading the same pages 7-10 times can overwhelm me at times.

For those of you who are not familiar with Malice Domestic, it’s a conference and program established to focus on cozier mysteries and their authors. It was a new grant program back then, and lo and behold, I won. I was shocked to hear it, but I was thrilled. I accepted the grant at the Malice Domestic conference in Bethesda, MD and waited for the offers to roll in.

Of course, publishing is never that easy. I did get a contract from Grace Abrams Publishing. Sadly, the publisher went out of business, and then it was picked up by Delphi Books, the same publisher that had released my biography of Craig Rice. The book remained in print for many years there, until the owner started scaling back.

So now the book is independently published. It’s a rather circuitous way to stay in print, but it works well for me. Since then, two more novels and a short story have appeared in the series, and I’m currently working on a fourth book as well as another short story, which I’ll talk about in a later post.

I haven’t given up on my other works either. I am still write biographies about some of my favorite mystery authors, and I occasionally write a short story in my historical series. 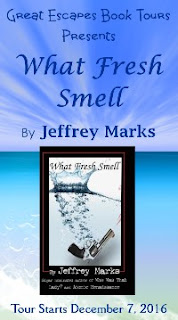