The Drawing Game by Deidre Verne - Guest Post and Giveaway 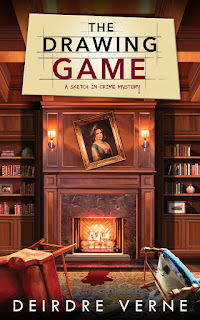 Synopsis:
A lover of all things green, CeCe Prentice is not impressed when a fully-sustainable development, Green Acres, pops up next to her family’s homestead. It’s not so much the ridiculous price tag of the million dollar homes built entirely from re-usable materials and powered by the sun, but rather the new neighbors who think they can simply buy a green lifestyle.
To make matters worse, one homeowner turns out to be CeCe’s high school nemesis, Phoebe Purcell, a hair-tossing vamp who tried to break up CeCe and her long-time boyfriend, Charlie.

Already disillusioned by the so-called eco-friendly development, CeCe’s family home is threatened when a series of power-outages at Green Acres kicks off a rash of home invasions. When neighbors start showing up dead, the mood at Green Acres turns south. But when Charlie, CeCe’s on-again, off-again love interest is implicated in the murders, CeCe springs into action when she discovers the only clue – a portrait she painted years ago.


About the author:
Deirdre Verne is the author of Drawing Conclusions

Guest Post:
Thanks for stopping by for a visit! I’m excited to tell you about the third book in The Sketch in Crime mystery series – The Drawing Game. If you haven’t had a chance to meet CeCe Prentice, then be prepared to leave your Sunday best at home. My main character is a Dumpster diver, a roll-up your sleeves kind of girl who doesn’t mind getting dirty, especially when it comes to solving a murder.

Why the Dumpster diving? CeCe is an artist and a true environmentalist. She believes she can get by on what others discard. It’s a weird way to live, but CeCe’s got a bunch of Dumpster diving pals and together, they’ve managed to cobble together a very nice life. It’s a perfect fit for CeCe and a low-cost way to live for an artist whose sole source of income amounts to a few annual commissions for her portrait art.

Sketching faces comes easily to CeCe as she has an almost annoying knack for never forgetting a face. She’s so good at it that the local police have hired her to sketch suspects. It doesn’t hurt that the town detective has a face CeCe thinks is pretty darn cute!

About those portraits. CeCe has been lucky enough to paint some of her town’s most famous residents. Unfortunately, when one of the town’s luminaries shows up dead, a portrait CeCe painted years earlier proves to be the only clue.

I invite you start at the beginning and follow CeCe and her Dumpster-diving pals through a series of rollicking fun. 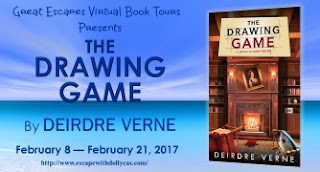