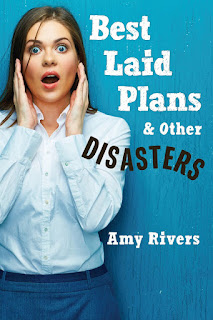 About the book:
A year after she is elected mayor of a prosperous Colorado city, Gwen’s career and life are fully on track, all according to plan. So why is she in such a slump emotionally and physically? New conflicts keep boiling over in city government, and her earlier allies no longer support her. She and her boyfriend have an ideal relationship, which she finds inexplicably dissatisfying. Without telling her, he decides to take a new job that has him traveling out of state every week. Suddenly unexpected developments turn everything topsy-turvy, and Gwen is forced to re-examine her carefully-planned life.

“Witty, warm, and compulsively readable. Rivers has deftly created lovably flawed and relatable characters you don’t want to miss.” –Amy Avanzino, author of Wake-Up Call and From the Sideline

About the author:
Amy Rivers was born and raised in southern New Mexico and currently resides in Colorado with her husband, kids and cat. She has a Master’s degree with concentrations in Psychology and Politics, two topics she loves to incorporate into her personal essays and novels. Amy has been published in Chicken Soup for the Soul: Inspiration for Nurses, Novelty Bride Magazine, ESME.com and Splice Today.

My thoughts:
This was a new to me author. I was asked to read both books for this author. I thought the book was a fun quick read. Even though this was a sequel you can read it as a stand alone book just fine. Gwen was a believable character and could have been anyone's friend or sister. I liked that she was an important woman in her town but yet in her personal life she is a mess. Like most people.  All in all a pretty good chick lit type of book. 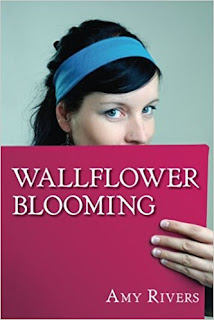 About the book:
Val Shakely is a list-maker. Daily routine. Check. Calm, quiet (but successful) business. Check. No drama. No excitement. Some might call it boring, but it’s precisely the way Val likes it. She loves her hometown of Cambria, nestled in the mountains of Colorado, and runs a fruitful PR firm. It's more than enough for Val. So what if she doesn’t have a social life? Then, her cousin Gwen decides to take on the local political bully, Mayor Roger Barton, in head-to-head combat for his position, and Val takes her company reluctantly, and against her better judgment, into the fray. The minute Val takes on Gwen’s campaign, the safe world she carefully constructed begins to unravel. She feels the pressure of the campaign and the personal attacks by Barton. And as if that wasn’t complicated enough, Val finds herself falling in love with local businessman John Hatfield, a man just as boring as her at first glance. Both charming and confrontational, Val is drawn to John in a way that cracks the simplicity of her life. In the end, Val’s desire to stay on the sidelines is put to the test and she’s forced to reexamine the life she’s built as she trudges toward a new and more exciting future.

My thoughts:
This was a nice book to read. I liked that is was a short book as you can read it in a weekend. I enjoyed getting to know Val. She was a fun character to follow along through the story. Val and her cousin are both strong women yet they are like your everyday friend who has some problems. I thought the author's writing style was easy to read as well. I am glad I got the chance to review this series.