Knot What You Think by Mary Marks - Guest Post and Giveaway 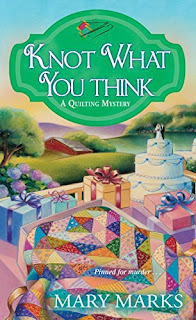 Book details:
Knot What You Think (A Quilting Mystery)

About this book:
The newest member of Martha’s close-knit quilting circle has an eye for couture. But when the designer’s fingerprints are found blanketing a crime scene, Martha must prove that he didn’t have a hand in homicide!

Martha Rose is alarmed by the discovery of Dolleen Doyle’s dead body, especially when evidence suggests a fellow quilter committed the crime. Set on clearing her pal, Martha searches for answers—but with ties to a convicted fraudster’s stolen millions and a secret office room, the victim’s past raises even more questions. As Martha inches towards the culprit, she learns that wrapping the case up—and living to baste another square—will be trickier than she ever imagined . . .

Meet the author - Mary Marks
Born and raised in Los Angeles and the San Francisco Bay Area, Mary Marks earned a B.A. in Anthropology from UCLA and an M.A. in Public Administration from the American Jewish University in Los Angeles. In 2004 she enrolled in the UCLA Extension Writers Program. Her first novel, Forget Me Knot, was a finalist in a national writing competition in 2011. She is currently a reviewer of cozy mysteries for The New York Journal of Books at www.nyjournalofbooks.com.


Guest Post:
WE ALL COME FROM SOMEWHERE ELSE
Mary Marks

My mother’s side of the family came to America before the Revolutionary War. What was it like for that Irish couple to step off the ship and plant their feet onto Colonial soil? How did they find their way to a room with a bed and a pillow where they could rest their heads on that very first night? At least they understood the language of their new country, and could make their needs known. That ancestor ended up fighting for independence in the army of General George Washington.

Less than a hundred years later, before the Civil War, my father’s side of the family immigrated to America from Eastern Europe. What was it like for that Jewish couple to navigate through the new world before they learned to speak the language? In the beginning, they must have relied heavily on their small community for guidance and comfort. They eventually opened a dry goods store in New York City which sold, among other things, hoops made of whale bone to wear under the wide skirts of fashionable Victorian ladies.

Since I’m many generations removed from their immigrant experience, I never thought about what a gamble it was to leave the place you knew and travel to a place you didn’t know, with no guarantee you’d find the better future you were hoping for. I took my “belonging” for granted.

Then something happened to change me. I became an immigrant for a year and got a glimpse of what it must’ve been like. From 1991 to 1992 I lived in Israel, a non-English speaking country with a non-English alphabet. And I didn’t know the language. I arrived at a time when Jewish refugees from the Soviet Union and Ethiopia were no longer being held hostage by those countries. They escaped to Israel, a country the size of Rhode Island, by the tens of thousands.

We studied together every day in overcrowded classrooms to learn a common language, Hebrew. I was fortunate to have a small but steady retirement income. But my classmates had been allowed to leave the USSR with only the clothes on their backs. They lived on meager stipends from the Israeli government. They took whatever jobs they could get: engineers became cable installers; a chess master swept the streets; a dietician cleaned houses; musicians gave free concerts.

But for the first time in their lives they breathed freedom; no longer reviled and persecuted for being Jewish. When they applied to leave the Soviet Union, they didn’t know what they would find in Israel. They only knew that whatever awaited them in the tiny country was far better than the conditions they were escaping. And they were willing to do everything necessary to belong.

My year in Israel, living as an immigrant, taught me valuable lessons about the human spirit and the universal desire to live in a free country and feel safe. I learned about courage, and how people are willing to risk everything and work hard for a chance at a better future.

There’s a passionate and partisan debate raging in our country right now over the issue of immigration. It saddens me to realize that those of us who “belong” are so far removed from the immigration experience of our ancestors, we’ve forgotten how brave they were. I wish we could put aside today’s fearful rhetoric when judging who is or is not worthy to breathe our free air. I wish we could remember that except for Native Americans, we all come from somewhere else. 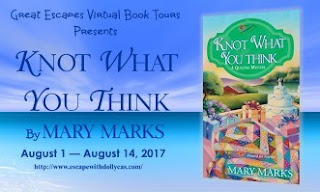