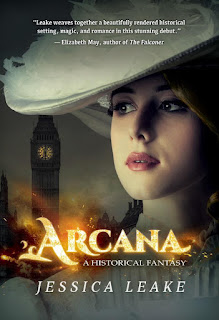 Amid the sumptuous backdrop of the London season in 1905, headstrong Katherine Sinclair must join the ranks of debutantes vying for suitors. Unfortunately for Katherine, she cannot imagine anything more loathsome—or dangerous. To help ease her entrance into society, Katherine’s family has elicited the assistance of the Earl of Thornewood, a friend and London’s most eligible bachelor, to be her constant companion at the endless fetes and balls. But upon her arrival in London, Katherine realizes there will be more to this season than just white gowns and husband hunting.

Through her late mother’s enchanted diary, Katherine receives warning to keep hidden her otherworldly ability to perform arcana, a magic fueled by the power of the sun. Any misstep could mean ruin—and not just for her family name. The Order of the Eternal Sun is everywhere—hunting for those like her, able to feed on arcana with only a touch of the hand.

But society intrigue can be just as perilous as the Order. The machinations of the fashionable elite are a constant threat, and those who covet Katherine’s arcana, seeking the power of her birthright, could be hiding behind the façade of every suitor—even the darkly handsome Earl of Thornewood.

With so much danger and suspicion, can she give her heart to the one who captivates her, or is he just another after her power?

Jessica Leake is author of Arcana, a historical fantasy with a heavy dose of romance, and The Order of the Eternal Sun, the next book in the series to be released summer of 2016. She writes every chance she gets, which is basically just during bedtime or whenever the kids are in preschool since she's a stay-at-home mom to three beautiful children under the age of 4 (with another on the way!). She loves blending different genres in her books, but almost everything she writes has to have an element of fantasy and romance. What's life without love? She's represented by Brianne Johnson of Writers House, and she lives with her husband, 3 children, and 2 dogs in Greenville, SC. She invites you to visit her online at jessicaleake.com.

Top Ten Favorite List
1-Favorite quote: Well, if I’m being philosophical, then my favorite quote is: “Little by little, one travels far.” –from J.R.R. Tolkein; but I absolutely adore anything the Dowager Countess on Downton Abbey says—she’s hilarious, but she can also be really wise, like with this gem: “All life is a series of problems which we must try to solve.”

2-Favorite book: This is such a tough one for a bibliophile! I could list favorites from my childhood, favorites in high school, college…but I’ll just stick with a recent favorite: The Scorpio Races by Maggie Stiefvater. Killer racehorses—such a cool concept.

3-Favorite author: It varies year-to-year, but I’d say Robin McKinley is consistently one of my favorites.

4-Favorite soda: I’m more of a sweet tea type of girl, but when I get a craving for soda, I love Dr. Pepper

5-Favorite ice cream: I get made fun of because I’m so boring with this! Chocolate—anything chocolate J.

6-Favorite season: I’m a child of autumn, so I’m most drawn to fall—the smell of burning leaves, hot chocolate, tall boots, cute scarves—love everything about it!

8-Favorite country you want to visit: So many! Basically all of Europe, but particularly Ireland and Italy.

1. How did you get started as an author? What or whom inspired you?
I’ve been writing since I was in elementary school, and it was actually a series by Bruce Coville called The Unicorn Chronicles. It was one of those stories that appealed to every aspect of my child self: unicorns, fantasy land, strong heroine. I actually just bought copies to replace the ones I lost! But of course I’ve had many more inspirations since then: Robin McKinley, JK Rowling, Cassandra Clare, Jane Austen, Phillipa Gregory, Julia Quinn…even my own cousin who’s a fellow writer. It’s in our blood.

As to how I got started as an author, it’s thanks to how helpful the writing community is online. When I started out, I knew nothing about how to get a book published. All I knew was that I loved writing—enough that I knew I wanted to make a career out of it. So I started learning about the basics—how important a critique group was to learn editing skills and hone your writing craft; how to find a literary agent; how to write a query letter; how to prepare a manuscript for querying. And then I got to work! It took 3 querying tries (and many, many rejections) before I finally landed on the manuscript that landed me an agent—Arcana. J

2. What writing project are you currently working on? What can you tell us about these projects?
I’m currently working on the edits for The Order of the Eternal Sun, the next in the Sylvani series, which focuses on the sister of the main character in Arcana. I’m also working on a YA set in medieval Russia, but I probably shouldn’t say much more than that!

3. How long does it typically take you to write a book?
2-3 months when I’m drafting and really on the ball, and maybe another 2 months for editing—again, when I’m on a tight deadline (self-imposed or otherwise!).

4. What authors inspire your writing?
Anyone I’m reading can inspire me; reading eclectically and widely is a good way to hone your own writing craft because it’s always so fascinating to see how other writers do things—unique formatting, interesting plot twists, complex characterization. All of it can help make your own skills stronger.

5. What period of history interests you the most? Does this influence your writing?
I think anywhere from the Regency Era to the Edwardian Era interests me the most in history—I just love the beauty and romance inherent in those elegant eras.

6. What inspired the idea for Arcana?
I was watching Pride & Prejudice (with Colin Firth!) and I started thinking…what would happen if you added a fantastical character who wielded magic to a time period like the Regency Era? What about the Edwardian Era like in Downton Abbey? Ultimately I picked the Edwardian time period since I find it especially fascinating to have some modern advances—electricity, trains, cars, photography—but still with those rigid social mores.

7. What other hobbies do you enjoy when you are not writing?
I’d like to say I have more hobbies, but the truth is, writing and reading are time-consuming enough when you factor in taking care of 3 little ones 4 and under. 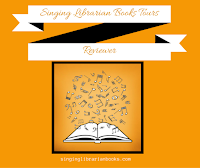