The Tarkington Treasure by Evelyn Cullet - Guest Post and Giveaway 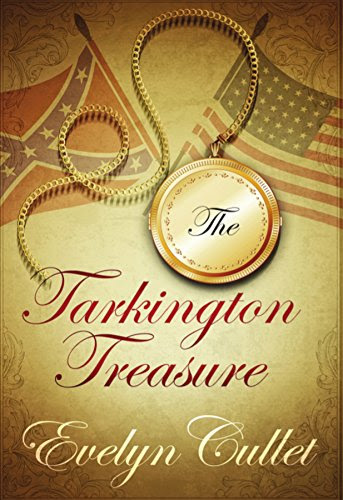 Book description
"In the world of logic, it's always our assumptions that lead us astray."

A spooky old house, rumors of a hidden Civil War treasure, a neighbor’s murder, and an ex-fiancé falling unconscious at her feet—Charlotte Ross has her hands full when she’s invited to stay at her friend, Jane Marshall’s home while her apartment is being renovated.

Jane and her new fiancé have sold everything to move to the large estate she’d just inherited near the small town in Illinois, where she grew up. She’s always loved the house, but the cost of living in, and fixing up, a deteriorating old mansion is more than both their incomes combined. If she can’t come up with the money for the next property tax payment, she’ll be forced to give it up.

Charlotte is intent on winning back her ex, but her efforts are stymied when he’s suspected of murder.

The two couples soon discover the rambling old house holds more than one secret when they join forces to find the real killer—and the elusive, Tarkington treasure.

Meet the Author - Evelyn Cullet
Evelyn Cullet has been an author since high school when she wrote short stories. She began her first novel while attending college later in life and while working in the offices of a major soft drink company. Now, with early retirement, she can finally write full time. As a life-long mystery buff, she was a former member of the Agatha Christie Society, and is a current member of the National Chapter of Sisters In Crime. She writes cozy mysteries with warm romance and a little humor. When she’s not writing mysteries, reading them or reviewing them, she hosts other authors and their work on her writer’s blog. www.evelyncullet.com/blog. She also plays the piano, is an amateur lapidary, and an organic gardener.


Falling in Love in a Novel.

When I’m writing mysteries, I think a love interest spices up the plot and adds another dimension to the story. While every mystery reader enjoys the puzzle-mystery aspect, the romance makes the reader’s ties to the sleuth even stronger.

Studies show that if a woman meets a man in a dangerous situation (and vice versa) she is more likely to fall in love with him than if she’d met him in a more mundane setting. And it’s the same for the characters in any story that has two characters who are attracted to each other.

The chase is a critical element. It’s sometimes called the “Romeo and Juliet Effect.” A situation with challenges or obstructions that keep two people apart, is likely to intensify one character’s passion for another. Or throw two people together for any length of time like when they’re solving a mystery together, and the physical closeness alone would lead to increased emotions.

In romance novels, the women almost always fall in love with a partner who has ambition, education, wealth, respect, status, a sense of humor, and who is taller than she is with distinctive cheekbones and/or a strong jawbone. After all, what female protagonist wouldn’t fall in love with a guy like that?

The love interests I write in my novels may be good-looking and possess some of the other attributes I’ve mentioned, but they’re not wealthy and they have weaknesses and faults. These are the things that give them depth of character, and make them come to life in the reader’s mind. It’s also what makes my protagonists fall in love with them. I hope you will, too. 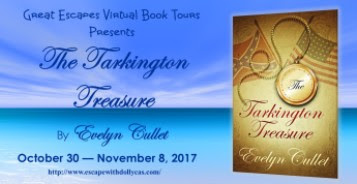