The Furnace by Judtith Redline Coopey 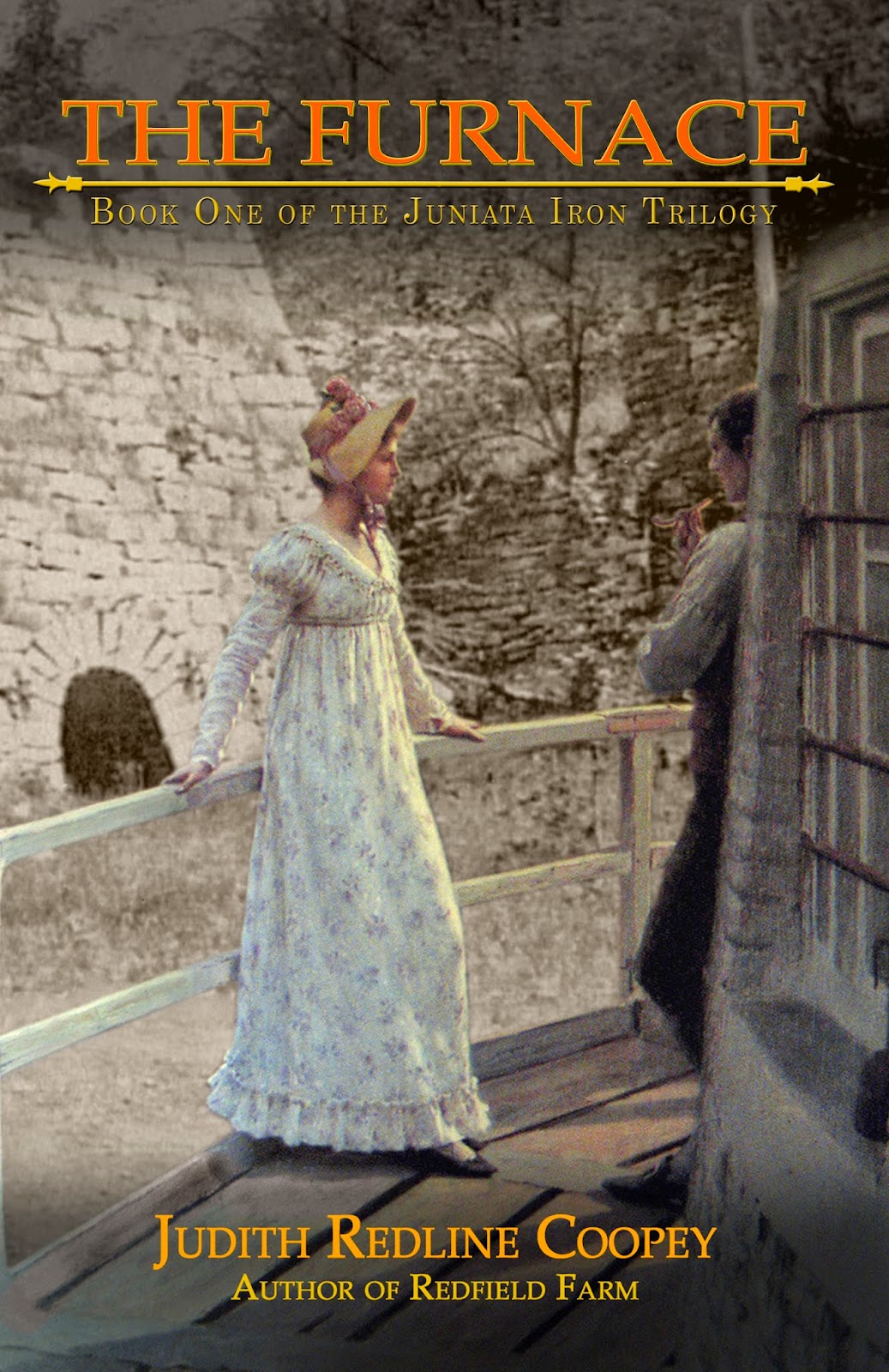 I received this book in exchange for a fair and honest review
The Furnace by Judith Redline Coopey
Juanita Iron Trilogy #1
ISBN: 9780983891888
Paperback

Synopsis:
Elinor Bratton, pregnant and cast aside by her lover, is forced into an arranged marriage to a man she barely knows. Adam MacPhail, an iron worker hoping to become an iron master agrees to the match as a means of realizing his dream. Ellie s father orchestrates the union -- not as Ellie would have it, but as he sees fit. So begins a marriage in a time when women had no rights. Ellie, exiled to the wilderness of western Pennsylvania with a man she wouldn't have considered three months before, declares her intention to make Adam s life miserable. Adam, unschooled in dealing with women, focuses on turning a down-and-out iron furnace into a profitable producer. Through the early 19th century, the couple struggle to establish a life, disentangle an ill-conceived marriage, and make a success of a derelict furnace. First in the Juniata Iron Trilogy, The Furnace chronicles Ellie and Adam s efforts to find a balance and build an enterprise worthy of Juniata Iron, the finest in the world.

My review:
This is my first book by this author and it was an enjoyable book. There are many things to keep you interested in the story such as love, history, and some tragedy. I felt for Elinor from the first page and found myself hoping that things would turn out good for her in the end. To be pregnant in that time period and not married was not looked upon well and then to be forced into a marriage to a man you do not know. The author did a great job with her history research it makes the story come alive. I thought the explanation of how the furnace works was very interesting.Another thing that I thought was done well is the descriptions of the scenes and places. I felt as if I could "see" what and where she was talking about. I am looking forward to the next book in this series.