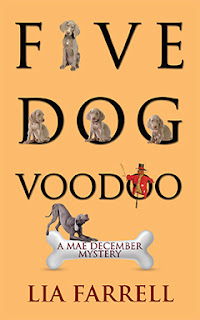 Synopsis:
As Halloween approaches, engaged couple Mae December and Sheriff Ben Bradley have devoted all their energy to Ben’s campaign for reelection as sheriff of Rose County, Tennessee. The race is already too close to call when the sheriff’s office is hit with yet another maddeningly tricky murder case. In recent years the town of Rosedale has had more than its fair share of murders, a fact Ben’s smarmy opponent is all too eager to exploit.

Investigator Dory Clarkson and her friend, Counselor Evangeline Bon Temps, are visiting the mysterious Voodoo village when a resident tells them her granddaughter, Zoé Canja, is missing. Her dog, a Weimaraner nursing four pups, escapes the house and finds the young woman’s body in a shallow grave. Evangeline becomes Sheriff Ben Bradley’s unofficial consultant because her grandmother in Haiti and later her mother in New Orleans practiced Voodoo. A threatening symbol is left on the pavement by Dory’s front door, effectively banning her from the case. Evangeline and the sheriff’s office ask too many questions, and Evangeline soon wears out her welcome. Voodoo curses aside, Ben’s job is at stake, and no one associated with the case is safe until the killer is found.

Book 5 in the Mae December Mystery series, which began with One Dog Too Many

About The Authors
Lia Farrell is the nom de plume for a mother/daughter duo of writers. Mom Lyn Farquhar and Daughter Lisa Fitzsimmons have been collaborating on the Mae December mystery series for four years.

ABOUT LYN
Lyn Farquhar taught herself to read before starting school and honed her story telling abilities by reading to her little sister. Ultimately, her mother ended the reading sessions because Lyn’s sister decided she preferred being read to over learning to read herself. She fell in love with library books at the age of six when a Bookmobile came to her one-room rural elementary school. The day the Bookmobile arrived, Lyn decided she would rather live in the bookmobile than at home and was only ousted following sustained efforts by her teacher and the bookmobile driver.

Lyn graduated from Okemos High School in Michigan and got her college and graduate degrees from Michigan State University. She has a master’s degree in English literature and a Ph.D. in Education, but has always maintained that she remained a student for such a long time only because it gave her an excuse to read. Lyn holds the rank of Professor of Medical Education at Michigan State University and has authored many journal articles, abstracts and research grants. Since her retirement from MSU to become a full time writer, she has completed a Young Adult Fantasy trilogy called Tales of the Skygrass Kingdom. Volume I from the trilogy is entitled Journey to Maidenstone and is available on amazon.com. Lyn has two daughters and six step children, nine granddaughters and three grandsons. She also has two extremely spoiled Welsh Corgi’s. Her hobby is interior design and she claims she has the equivalent of a master’s degree from watching way too many decorating shows.


ABOUT LISA
Lisa Fitzsimmons grew up in Michigan and was always encouraged to read, write and express herself artistically. She was read aloud to frequently. Throughout her childhood and teenage years, she was seldom seen without a book in hand. After becoming a mom at a young age, she attended Michigan State University in a tri-emphasis program with concentrations in Fine Art, Art History an Interior Design.

Lisa, with her husband and their two children, moved to North Carolina for three exciting years and then on to Tennessee, which she now calls home. She has enjoyed an eighteen year career as a Muralist and Interior Designer in middle Tennessee, but has always been interested in writing. Almost five years ago, Lisa and her mom, Lyn, began working on a writing project inspired by local events. The Mae December Mystery series was born.

Lisa, her husband and their three dogs currently divide their time between beautiful Northern Michigan in the summertime and middle Tennessee the rest of the year. She and her husband feel very blessed that their “empty nest” in Tennessee is just a short distance from their oldest, who has a beautiful family of her own. Their youngest child has settled in Northern Michigan, close to their cabin there. Life is good.

My thoughts:
This is the first book I have read in this series and by these authors. I thought it was a good book and did not feel lost even though I would like to go back and start from the beginning. The authors did a good job of describing the setting of this story. It made me want to visit the little town. I also thought they did a good job of describing voodoo for those who do not know anything about it or are like me and know just a smidge. Another thing that I really liked is that the dogs are a major part of the storyline. With all the different suspects the author kept me guessing until the end of the book. That makes it a good mystery book to me. There was just enough going on with the mystery and some side stories that I could not put this book down as I wanted to see what was going to happen next. This is going to be a good series to add to my collection.

So you’d like to be a writer. I get it. I have written eleven books in the last eight years and as I was walking my dog in a large park the other morning I met a couple who were also walking their dogs. They approached me and said, “We know you. You are Lia Farrell, aren’t you?” That’s about as good as it gets. I was thrilled. 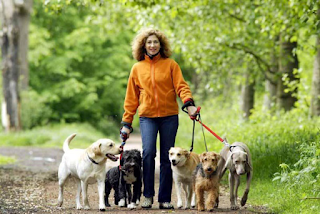 I wanted to be a writer for decades before I wrote anything other grants for work, entries in my journal or short bits of poetry. Once I retired and had time to write, I had to face a bitter truth. Becoming a writer means actually having to (sigh…gulp) write!

But perhaps what you really want is to be an author, to have your picture on the back of your books, travel around signing your books, being on Oprah, consulting with the Hallmark mystery channel about who should play the parts of your characters. Here’s the rub. In order to be an author, you have to first be a writer.

Before you begin, you will need to ask yourself some hard questions as you’re driving to work, doing dishes, making a meal, or making plans for an upcoming holiday. If your life is already packed (husband, kids, parents, pets, friends) you might not have time to write. Writing is a craft like fine carpentry, painting, or the practice of medicine. And any craft requires time. Do you have extra time in your life for writing? Are you sufficiently committed to your goal that you will make the time to make it happen? The second question you need to ask yourself is—are you a reader? I sold my books this summer at an art fair in my local small town. As people came up to our booth I would ask them, “Do you like to read?” I was horrified by the number of women who looked faintly embarrassed and then said, “No, I don’t have time.” I am an obsessive reader (I read at least one book a week) and whatever you plan to write, whether it’s historical fiction or murder mysteries, you must read in your genre. 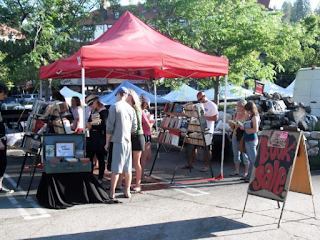 Then there is that tricky bit about drive and ambition. Do you have it for writing? Many of us have had years of schooling and then working full or part-time as we raise our families, keep our houses and tend our gardens. I was married twice, had two children and then re-married a man with six children. Working part-time during those child-raising years was simply not an option. I was in my sixties when I finally started writing, actual writing as opposed to thinking or dreaming of becoming a writer. I could have just retired when I stopped working full-time, but I am ambitious and driven to succeed. So I read obsessively and I write every day. Even if when I read it again later and realize it’s crap. 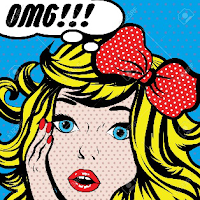 Okay, so you’ve committed to the part. Some of the members of my writing group asked me to write about how to deal with procrastination. Australia’s Bryce Courtenay coined this phrase. “Bum Glue”—that which keeps one’s bum firmly attached to the chair at the computer. Obviously that’s not all there is to it, but a lot of what keeps writers productive is just putting in the time. Remember the old adage that 90% of success in life is just showing up? If you want to write, you have to write.

Start by carving out the time. For those of us who are morning people, mornings spent at the computer work well. For you night people, you may need to write once the family is tucked in bed. How much time should you allot? I normally write for two or three hours a day, at least five days a week. When I am under a deadline, however, that might not be enough. So, stop right here. If you aren’t going to devote the time every day to it, especially in the beginning, you are unlikely to succeed. In the past there were editors, agents and writers who were looking for talent they could help nurture. Today there are so many books out there that 96% of the job of agents and editors is rejection. That’s what they do. Every day they say “no.” And they say it a hundred times, maybe a thousand times before saying “yes”.

So in summary, buck up! Decide what you want to write. There are hundreds of genre in writing; non-fiction, fiction, movie or tv scripts, essays, etc. If you decide to write fiction keep in mind what sells. The bestseller lists are dominated by thrillers/mysteries, romance novels, and YA interspersed with literary fiction. Focus on one area, read in depth in that genre, write every day and don’t give up. Good luck!

“It’s none of their business that you have to learn how to write. Let them think you were born that way.” E. Hemmingway 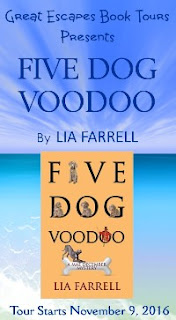