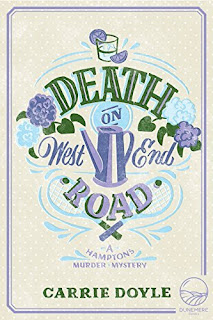 Like a basket of warm cinnamon buns, an unsolved crime is something that Hamptons innkeeper and sleuth Antonia Bingham just can’t resist. Despite a busy high-season schedule and an inn booked to capacity, Antonia has agreed to investigate a cold case in her beloved adopted hometown, East Hampton, NY: the killing of Susie Whitaker, whose brutal 1990 slaying on a tennis court in the poshest part of town was never solved. And the person who has hired Antonia? Prime suspect Pauline Framingham, a manipulative pharmaceutical heiress from a powerful family. The crime scene is compromised, the circumstances are complicated, and former witnesses are cagey, haunted and very reluctant to revisit what happened on that sun-splashed afternoon decades earlier. As Antonia attempts to unravel the mysteries of the past she unearths even darker secrets and ultimately wonders if it would have been best to let sleeping dogs lie. To make matters worse, past acquaintances and love interests reappear in the Hamptons, disrupting Antonia’s world and causing her to scurry to the fridge for comfort.

Death on West End Road is the third book in the Hamptons Murder Mystery Series. Along with a colorful cast of supporting characters, the beating heart of the book is Antonia Bingham, restaurateur, gourmand, and nosy carb-lover.

Carrie Doyle was the founding Editor-in- Chief of the Russian edition of Marie Claire Magazine. She is currently a Contributing Editor of Hamptons Magazine and has written extensively for Harper’s Bazaar, Town & Country and has also written for Women’s Health and Avenue on the Beach. With Jill Kargman, Carrie co-wrote the film Intern (which premiered at the Sundance Film Festival in 1999), as well as several screenplays sold to Showtime, Paramount Pictures, Nickelodeon Films and the Oxygen Network. Carrie and Jill co-wrote five books together, including three teen books for HarperCollins and two bestselling women’s fiction books, The Right Address and Wolves in Chic Clothing (Broadway Books). Carrie also penned the popular novel The Infidelity Pact (Broadway Books). Carrie lives in New York City with her husband and two children and is currently at work on an animated series for broadcast as well as her new series, the Hamptons Murder Mysteries.

The street I chose as the scene of the crime in my new novel DEATH ON WEST END ROAD, is actually quite notorious. It’s where Grey Gardens is located, the first house on the left, caddy corner to Steven Spielberg’s compound. In 1975 two brothers, Albert and David Maysles, released their documentary about the residents of this house at the Cannes Film Festival, and shocked the world.

Grey Gardens belonged to a mother and daughter, both named Edith Beale, who were referred to as “Big Edie” and “Little Edie.” Although highly educated at top schools, and one time very wealthy, they lived in absolute squalor in a derelict mansion, filled with raccoons and cats, in the center of one of the most affluent neighborhoods in the United States. In addition, “Big Edie” was Jacqueline Kennedy Onassis’ first cousin, and there was outrage that Jackie had allowed her kin to live in such harrowing circumstances.

Both Edies were colorful characters—flirtatious, vain and delusional. They dressed dramatically with silk headscarves and spoke with a flair. After the film was released, Jackie O made a visit to their house to try and assist them. But little could be done, as they were opinionated, and quite happy living in their own world. Needless to say the documentary became a cult classic. In 2009, Grey Gardens became a movie with Drew Barrymore and Jessica Lange. There were photo shoots in the top fashion magazines emulating the Beales and their fashion.

I remember Grey Gardens when I was little. It was like a haunted house, forbidding, run down and scary. Little Edie had a crush on my father and used to call him all the time to ask him to do favors for her around the house. My father was in the auction business so he was used to visiting old houses to look at their furniture but this was the only house where he walked out of and threw up on the front lawn. The smell really got to him.

Years later legendary newspaper editor Ben Bradlee and his wife Sally Quinn bought Grey Gardens and restored it. It recently came back on the market. It will be interesting to see who is the next owner of this storied property. Perhaps there will be more drama.
Giveaway:
a Rafflecopter giveaway 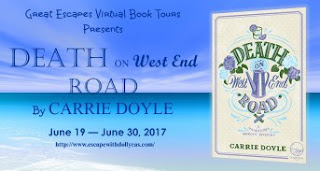