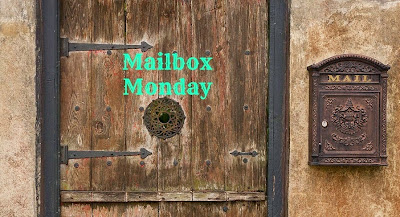 Mailbox Monday is a gathering place for readers to share what came in their mailbox. This meme has a permanent home at Mailbox Monday and was created by Marcia at To Be Continued I am linking up to Mailbox Monday 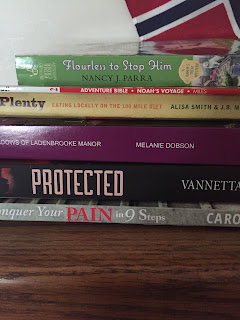 Flourless to Stop Him by Nancy J. Parra

Synopsis:
It's never a good time for a crisis. Toni's busy whipping up gluten-free holiday treats when a murder forces her to put baking on the back burner. A dead man has been found in the bathtub of a local inn - in a room registered to her brother Tim.

With her sibling now a prime suspect in a mysterious homicide, Toni is determined to find out who set him up. But she's about to get some unwanted assistance from former investigative journalist Grandma Ruth, who won't let anything slow her progress in running down a killer .... 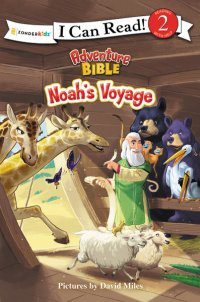 Synopsis:
When God asks a good man named Noah to build an ark and put his family and two of every animal on it, Noah says, "Yes!" Will Noah get the job done before the big rains come to cover the Earth? 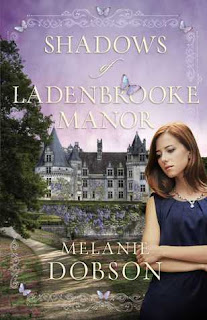 Shadows of Ladenbrooke Manor by Melanie Dobson
Due to be published June 16, 2015

Synopsis:
Libby, a free spirit who can't be tamed by her parents, finds solace with her neighbor Oliver, the son of Lord Croft of Ladenbrooke Manor. Libby finds herself pregnant and alone when her father kicks her out and Oliver mysteriously drowns in a nearby river. Though theories spread across the English countryside, no one is ever held responsible for Oliver's death.

Sixty years later, Heather Toulson, returning to her family's cottage in the shadows of Ladenbrooke Manor, is filled with mixed emotions. She's mourning her father's passing but can't let go of the anger and resentment over their strained relationship. Adding to her confusion, Heather has an uneasy reunion with her first love, all while sorting through her family's belongings left behind in the cottage. What she uncovers will change everything she thought she knew about her family's history.

Award-winning author Melanie Dobson seamlessly weaves the past and present together, fluidly unraveling the decades-old mystery and reveals how the characters are connected in shocking ways.

Set in a charming world of thatched cottages, lush gardens, and lovely summer evenings, this romantic and historical mystery brings to light the secrets and heartaches that have divided a family for generations. 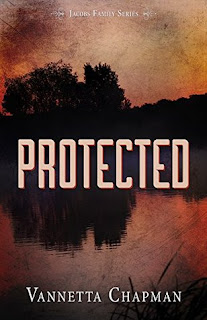 Synopsis:
Erin Jacobs doesn't hesitate when she receives a desperate call in the middle of the night. As owner of the Noah's Ark Animal Shelter, it's her job to rescue animals. But from the start, this case is different.

The woman's frantic plea ... Directions to a deserted hunter's cabin ... Insistence that she come alone ... Then she's looking down into a washtub at an infant child.

Erin's life changes irrevocably when she becomes involved with a mother who has lost all hope, an orphaned child, millions of dollars and a father who might do anything to get his hands on the money. Social worker Travis Williams is assigned to her case. Travis sees more in Erin than someone who rescues strays. She's unconventional, strong-willed, and caring. It could be that she would make the perfect parent for Josh.

Before he can work through his feelings and file his report, the situation takes another dangerous turn. Can Erin and Travis guarantee Josh's safety? To do so, they'll need to rely on one another, their families, and the faith of their childhood. 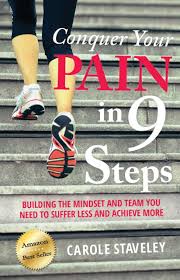 Conquer Your Pain in 9 Steps by Carole Staveley

Synopsis:
Are you frustrated with your current health condition?
Have you been unable to get satisfactory answers?
Do you wonder if there are solutions to your health challenges that you might not be aware of?

Recognizing the years of unnecessary suffering in her own life, Carole Staveley makes it her mission to maximize your chances of overcoming health barriers in the shortest possible time. Her 9 Step Health Champion approach shared in this book will help you achieve your full potential by taking you through the process of establishing a Health Champion mindset, building your most effective health team, and maximizing your odds of persevering through it all. Become your own Health Champion and keep your healthy vision alive - no matter what challenges you face. 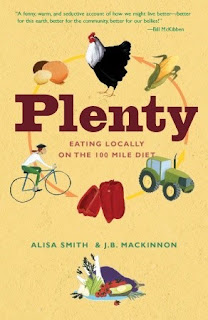 Synopsis:
Like so many people, Alisa Smith and J.B. Mackinnon were trying to live more lightly on the planet, so they decide on an experiment: For one year they would eat only food produced within 100 miles of their Vancouver home. Plenty tells the full story, from the insights to the kitchen disasters, as the authors reconnect with the people and places that produce what they eat. Humorous, heart-warming, challenging, and enlightening, Plenty will change the way you experience the world.