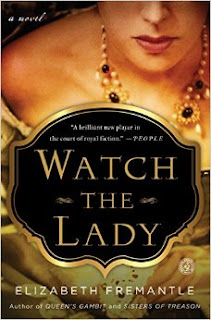 Synopsis:
The daughter of the Queen’s nemesis, Penelope Devereux, arrives at court blithely unaware of its pitfalls and finds herself in love with one man, yet married off to another. Bestowed with beauty and charm she and her brother, The Earl of Essex, are drawn quickly into the aging Queen’s favour. But Penelope is saddled with a husband who loathes her and chooses to strike out, risking her reputation to seek satisfaction elsewhere. But life at the heart of the court is not only characterised by the highs and lows of romance, there are formidable factions at work who would like to see the Devereux family brought down. It seems The Earl of Essex can do no wrong in the eyes of the Queen but as his influence grows so his enemies gather and it is Penelope who must draw on all her political savvy to prevent the unthinkable from happening.
Told from the perspective of Penelope and her brother’s greatest enemy the politician Cecil, this story, wrought with love, hatred and envy, unfolds over two decades in which we see the last gasps of Elizabeth’s reign, and the deadly scramble for power in a dying dynasty.

What did I think about the story:
I am a fan of historical fiction book so this book jumped out at me when I was offered the chance to read it. This is the first book that I have read in this trilogy and I had no problems with it as each book can be a standalone book.  The author did a very good job with her research and it shows in her writing.  There is so much going on in this book with living in court such a betrayal and mystery.  Penelope Devereux is just one player in the Elizabeth’s court and it was interesting to learn about her and the part she plays. I had not heard of her before so it was fun to learn more about her. The details that the author used in her writing was very detailed so you felt you could really see, hear and feel what she was talking about.  The writing style flowed nicely which made the story easy to read. I will now be going back and getting the other two books in this series.

What did I think about the cover:
I think the cover was done very in a classical way. I like how there is a picture of a woman but does not show her whole face so you can still make your own picture in your mind of what she looks like as you read the book.

About the author:
As a child I was the one in the corner with my nose in a book who wanted to be a writer, but with the onset of a turbulent adolescence I left school, under a cloud, aged fifteen with nothing more than a fistful of O Levels and a hapless sense that things would somehow work themselves out. Eventually, after working in various dodgy dives – I've served grey scrambled eggs to squaddies at 5.30am; I've served vintage champagne to raucous hoorays; I've pulled pints for all and sundry – I managed to find myself, much in the way Forrest Gump always landed on his feet, working as a dogsbody on a fashion magazine. Over a decade, I worked for titles such as Vogue, Elle and The Sunday Times and contributed to many others. Marriage took me to Paris, a stint at French Vogue and the birth of my two gorgeous children but divorce saw me back home in London where I have happily remained. Fuelled by frustration with a fashion world that does no favours to women, I decided to complete my truncated education as a mature student which led, in a long and roundabout way with many frustrating impasses, to my fulfilling that childhood dream to become a novelist. Elizabeth has a first in English and an MA in creative writing from Birkbeck, University of London. She has contributed to various publications including The Sunday Times, Vogue, Vanity Fair, The Financial Times and the Wall Street Journal. She also reviews fiction for The Sunday Express.

Interview:
1. Who or what inspired you to start writing?
I was a big reader as a child and for as long as I can remember have been writing stories.

2. What do you do to help you get over writer's block?
I’m a pragmatist and prefer not to believe in writers’ block. It’s true sometimes the writing becomes difficult but the only solution is to write – anything at all, even if I know it’s nonsense – and something will eventually happen. I find walking is good for unlocking ideas and if I really feel I’m getting nowhere at my desk I’ll take my dogs out for an hour.

3. Do you have scheduled writing time or a certain amount of words you write each day?
I write an absolute minimum of 1,000 words a day, but its usually about 1,400. Discipline is the cornerstone of my work regime, so I’m very strict with myself, otherwise nothing would happen.

4. Where do you get your ideas for your books?
As I write about real characters from history, inspiration springs from reading about their lives. But there is always an underlying idea that is more abstract; for example in WATCH THE LADY I was exploring the notion of loyalty and the fact that loyalty can, if taken to an extreme degree, drive a good person to ill deeds.

5. When you are not writing what do you like to do?
I’m a great film buff and love seeking out screenings of old movies from the 1930s. I visit historic sites for research but it is something I would do even if it wasn’t necessary for work. My children no longer live at home but family plays a really important role in my life – just hanging out, walking the dogs, or going for a meal together. They are both quite foodie, so we’ll occasionally treat ourselves to an evening in a Michelin star restaurant.

6. What one piece of advice would you like to give to aspiring writers?
I have two pieces of advice: read more because other writers are the best teachers – you can even learn from a bad book in analysing the ways it doesn’t work – and develop thick skin because rejection is part of the deal, I’m afraid.

7. Who is your favorite author or book that you would like to recommend to your readers?
One of my favourite books is BEWARE OF PITY by Stephan Zweig. Set in Germany just before the first world war, it is an extraordinary feat of writing, exploring the idea of pity as a destructive force and describes a class-bound world that is about to be turned upside down.

8. If you could meet any famous person dead or alive who would it be and why?
Elizabeth I might be interesting, though I imagine she’d be rather tricky!

9. If you could visit anywhere in the world where would you like to visit?
I’ve never been to Rome and would love to go.

10. 5 interesting facts about yourself
I was sent to boarding school aged eight.
I managed to get myself expelled from two schools.
I went to university when my children were little.
I was a Vogue fashion editor in my twenties.
I lived in Paris for three years and speak very bad French.

a Rafflecopter giveaway
Posted by Angela - Bookaunt at Sunday, June 21, 2015