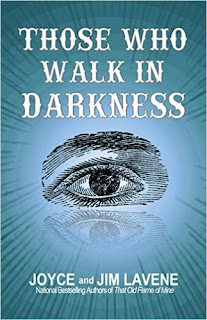 Synopsis:
Three years ago, Julia Jackson was a well to do young woman from Boston whose fiancé, Jonathon, was killed right before her eyes. Obsessed with finding the killer, a man whose face she saw only in a flash as he walked up and shot Jonathon, she leaves her family and her life behind. She starts a new life as ‘Jacks’ Jackson—a cigar smoking, dead eye, female Pinkerton agent…pretending to be a man.

Now Allan Pinkerton needs Jacks to find the man who kidnapped the wife and son of a railroad official, David Boyd. Their only clues are the severed finger from the man’s wife, complete with wedding ring, and a map of the Qualla boundary, the Cherokee reservation in North Carolina.

Jacks doesn’t like the way the whole thing sounds from the beginning. David Boyd isn’t important enough to target for a kidnapping. And why travel so far with two hostages?

But Pinkerton tells her that he believes the man responsible for the kidnapping worked with Jonathon’s murderer in a train robbery five years ago. Jacks agrees to go after the kidnapper with hopes of catching him before he can reach his home grounds.

Pinkerton insists that Jacks bring three men with her—Boyd, her new partner, and a Cherokee guide named Running Wolf, who’s always watching her, like he’s trying to figure it out.

Can Jacks catch the kidnapper with her secret—and her life—intact?

About the author:
Joyce and Jim Lavene write award-winning, bestselling mystery fiction as themselves, J.J. Cook, and Ellie Grant. They have written and published more than 70 novels for Harlequin, Berkley, Amazon, and Gallery Books along with hundreds of non-fiction articles for national and regional publications. They live in rural North Carolina with their family.

Interview of Jim Lavene:
Who or what inspired you to start writing?
In my case, that would be Joyce Lavene. She was a fabulous writer and working with her was an inspiration. When we wrote together it was like being transported into the world we wrote about.

What do you do to help you get over writer's block?
Usually go out to Badin Lake, NC or go for long backroad drives.

Do you have scheduled writing time or a certain amount of words you write each day?
I like to write first thing in the morning, before breakfast. It puts me in the story for the whole day. I usually have a set time to work not a total amount of words.

Where do you get your ideas for your books?
That’s an easy question. I get them from everyday life. Travelling, eating out, meeting people and just about everywhere. You see something different and you say “What if?”

When you are not writing what do you like to do?
I usually like to work on my computer. Testing different software, upgrading it or just tweaking it.

What one piece of advice would you like to give to aspiring writers?
Know what you want to write and be persistent about it. Never give up on your dream. If you want it bad enough, you will achieve it.

Who is your favorite author or book that you would like to recommend to your readers?
Sorry that one is easy as well, anything written by Joyce Lavene. She is and always will be my favorite author.

If you could meet any famous person dead or alive who would it be and why?
I guess it would be Steven King. He has written some awesome things about being a writer and would love to discuss some of them.

If you could visit anywhere in the world where would you like to visit?
I’d love to go to the British Iles. That area is so fascinating and I’ve had many hours enjoying stories about it’s past.

Five interesting facts about yourself
I’m an avid reader of just about anything;
I love to fix computers;
I take long trips on back roads;
I like doing things with my hands;
I’m a liberal, I think because I visualize all sides of an argument and find them all mostly humorous.