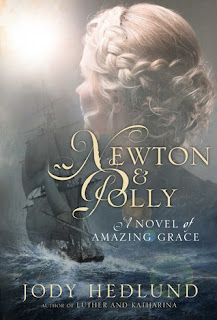 Synopsis:
Amazing grace! How sweet the sound
that saved a wretch like me.
I once was lost, but now am found

Now remembered as the author of the world s most famous hymn, in the mid-eighteenth century as England and France stand on the brink of war, John Newton is a young sailor wandering aimlessly through life. His only duty is to report to his ship and avoid disgracing his father until the night he hears Polly Catlett's enchanting voice, caroling. He's immediately smitten and determined to win her affection.

An intense connection quickly forms between the two, but John s reckless spirit and disregard for the Christian life are concerns for the responsible, devout Polly. When an ill-fated stop at a tavern leaves John imprisoned and bound, Polly must choose to either stand by his side or walk out of his life forever. Will she forfeit her future for the man she loves?

Step back through the pages of history, to uncover the true love story behind a song that continues to stir the hearts and ignite the faith of millions around the globe."

What did I think of this book:
I really enjoyed this book. Amazing Grace has always been a favorite song of mine and to hear the back story told with Polly's story was amazing. I have seen the movie about John's story which was good but this book was even better. It just made the story seem even more real. I really liked hearing Polly's story and how much of an influence she had in John's life. Now I will tell you I was a little frustrated as I really wanted the two of them to make things work out a lot sooner than what they did. Billy would make me so mad when reading about his part that I just wished he would go away. John went through so much in his life and the way Jody describes the events and things that happen to him will make you chringe as she the descriptions were vivid to me. There were a few parts of the book that even gave me a lump in my throat which does not happen often for me. You must read the author's note at the end of the book as well as it just wraps things up for you. I was also happy to learn that there was very little of this book that was made up - so much of it really happened. I can only imagine the amount of research that went into the writing of this story. Definately at the top of list for the best books I have read in 2016.

When she’s not penning another of her page-turning stories, she loves to spend her time reading, especially when it also involves consuming coffee and chocolate.
Posted by Angela - Bookaunt at Sunday, September 25, 2016