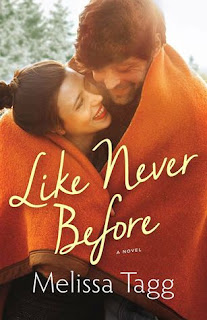 Synopsis;
Maple Valley became Amelia Bentley's haven after her heart and her dreams of a family were shattered. But her new life as a newspaper editor is shaken when the small-town paper is in danger of closing. Her one hope: A lead on an intriguing story that just might impress the new publisher...if only she new who he was.

After his biggest campaign success yet, widowed speechwriter Logan Walker now has the chance of a lifetime--a spot on a presidential campaign. But his plans are interrupted when he finds out he's inherited his hometown newspaper. He travels home intent on selling the paper and spending some much-needed time with his young daughter before making the leap into national politics.

But instead of a quick sale and peaceful break from his hectic career, Logan finds himself helping Amelia chase her story. She's scrappy, but wounded. He's dependable, but lost. They may butt heads more than expected, but a series of leads on Maple Valley's quirky unsolved mystery is just the start of the sparks that fly in the office and in their hearts.

What did I think of this book:
This is a great addition to this series. I enjoyed this book as much as I did the first book - From the Start. It was nice to revisit the Walker family and Maple Valley. The way this author writes is very enjoyable to me and makes me feel as if I really get to know the characters. Another thing that I liked is that there was a bit of a mystery included in this story. I thought that just added to the story. It is always nice when an author can grab you from the first page and keep it until the end. This is a book that I did not want to put down. I think this series has a good opportunity to keep going for a long time. Even though this book is a part of a series you can read it as a standalone and not be lost. I am looking forward to the next book in this series.

About the author:
Melissa Tagg is a former reporter, current nonprofit grant writer and total Iowa girl. She's also a multi-published novelist, writing romantic comedies in the banter-filled style of her favorite 1930s and 40s classic films. Her latest book, Like Never Before, was named by Publishers Weekly to their spring 2016 "Religion and Spirituality" Top 10 list. When she's not writing she can be found hanging out with the coolest family ever, watching old movies, and daydreaming about her next book. Melissa loves connecting with readers at www.melissatagg.com and on Facebook and Instagram.
Posted by Angela - Bookaunt at Tuesday, April 05, 2016