The Interitance by Michael Phillips - Review and Giveaway 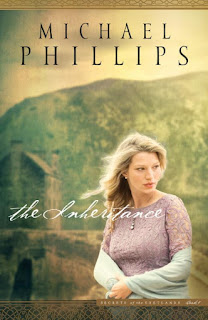 Synopsis:
The death of the clan patriarch has thrown the tiny Shetland Islands community of Whale's Reef into turmoil.

Everyone assumed MacGregor Tulloch's heir to be his grand-nephew David, a local favorite, but when it is discovered that MacGregor left no will, David's grasping cousin Hardy submits his own claim to the inheritance, an estate that controls most of the island's land. And while Hardy doesn't enjoy much popular support, he has the backing of a shadowy group of North Sea oil investors. The courts have frozen the estate's assets while the competing claims are investigated, leaving many of the residents in financial limbo. The future of the island-and its traditional way of life-hangs in the balance.

Loni Ford is enjoying her rising career in a large investment firm in Washington, DC. Yet in spite of her outward success, she is privately plagued by questions of identity. Orphaned as a young child, she was raised by her paternal grandparents, and while she loves them dearly, she feels completely detached from her roots. That is until a mysterious letter arrives from a Scottish solicitor. . . .

Past and present collide in master storyteller Phillips's dramatic new saga of loss and discovery, of grasping and grace, and of the dreams of men and women everywhere.


Purchase a copy: http://bit.ly/1QpMpIN
What did I think of this book:
I thought this author did a great job with the historical part of this book. He did his research to make this book really show the time period he was talking about. He also did a good job of capturing the language/dialect so you could almost here the characters talking to you. I fell in love with the story as a whole from the first page. The Shetlands sound like a charning and beautiful place to live or visit. I thought the characters were well developed and I enjoyed getting to know each of them. There was a bit of a mystery with the lost will which I thought added to the story line. All in all the whole story was good to me and left me wanting more. This is the first book in a series and let me tell you I can't wait for the next one as the author left us a cliff hanger and you will want to know what happens next.

About the author:
Michael Phillips is a bestselling author with more than 70 of his own titles. In addition, he has served as editor/redactor of nearly 30 more books. He is known as the man responsible for the reawakened interest in George MacDonald of the last 30 years. In addition to the MacDonald titles adapted/edited for today's reader, his publishing efforts in bringing back full-length quality facsimile editions also spawned renewed interest in MacDonald's original work. Michael and his wife, Judy, spend time each year in Scotland but make their home near Sacramento, California. 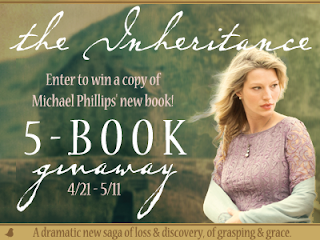