But when the head of the council is found stuffed in a trunk in the attic, it appears history is repeating.

As June and the team, carry on with party preparations, they unravel a century of family secrets, whispers of lunacy—and the number one suspect goes on the run. But the victim’s family insists that the ball must go on, even with a killer on the loose. With Halloween fast approaching, June sees the woman in white and wonders if keeping the killer out was ever really a possibility. Now she’s desperate to unmask the killer before the Annual Halloween Bash turns into even more of a deadly haunt…

Meet the author - Rachael Stapleton
Rachael Stapleton lives in a Second Empire Victorian home with her husband and two children in Ontario, Canada and enjoys writing in the comforts of aged wood and arched dormers.

Buying a historic house often means acquiring a fixer-upper. But if you’re anything like me and my hubby then it’s worth it! Details like original crown moulding, fireplaces, and wide floorboards make all the difference. And they are usually unspoiled by previous renovations—you just have to uncover them. Rip out that old carpet and knock down that dropped ceiling and Voila! It’s an exciting opportunity to bring an old house back to life. Two years ago, my husband and I decided purchase this second empire Victorian with a mansard roof and thus my Haunted House Flipping Series was born.

That’s right, Jack and Juniper’s spooky old house in Cookies, Corpses & the Deadly Haunt is based on my own home although I have no secret passages—none that I’m willing to share, anyway. In order to adjust I found myself writing about these house-flipping characters who were renovating just as we were.

Check out some of our renos below and soak up the tips.

Tip #1. Be prepared to throw on an extra sweater

If you want a historic home, you’re going to have to forfeit some of the creature comforts that come with 21st century living. Older house, have irregularities and they tend to be drafty. The good news is you don’t need air conditioning; those old houses stay cool on the hottest of summer days. 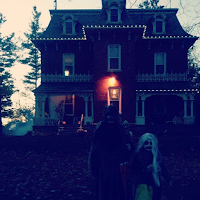 Tip #2. Watch out for water damage

Keep an eye out—especially around the ceilings, floors, and windows—for signs of water damage. Just a couple of months ago, my hubby and I woke to see part of our ceiling dangling down. Apparently the attic window was leaking. Luckily it was minor and my husband’s a pro at handling situations like these. However, we weren’t quite as lucky in my library. We put the roof off a little too long and had to rip out all the insulation but we planned to spray foam anyway. Water damage has long-term effects like dry rot. Also, bugs love wet environments so you always want to stay on top of that. 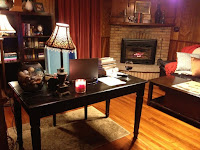 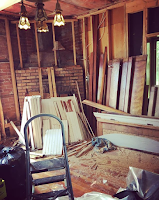 Here’s a pic of my library/writing room before renovations and right now.

Tip #3. Start with the roof, windows, and masonry

It might be tempting to pick out kitchen cabinets and paint swatches right away, but the first stages of the renovation should be practical rather than aesthetic. 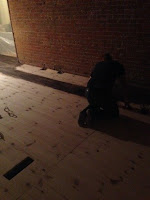 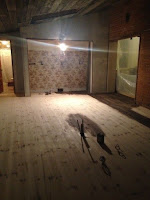 Demolition work and new floor in the Christmas room. At least that’s what we called it ‘cause it was painted red and green. Yuck! See pic below. This addition was put on at some point during 20th century which meant we could expose the brick. I love exposed brick. We added barn wood to the ceiling and knocked a hole in the wall to make a kitchenette in the next room. 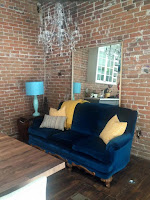 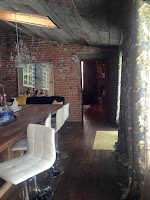 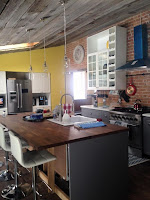 Here’s the before and after of my new quirky kitchen.

I’m happy to have found this house with all its history and this town with all its quirks and I’m so grateful that it inspired this mysterious tale. I hope you enjoy Cookies, Corpses & the Deadly Haunt too.