Mist of Midnight by Sandra Byrd and Giveaway 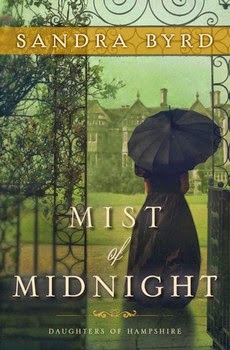 I received this book in exchange for a fair and honest review
Mist of Midnight by Sandra Byrd
Daughters of Hampshire #1
ISBN: 9781476717869
Trade Paperback

Synopsis:
In the first of a brand-new series set in Victorian England, a young woman returns home from India after the death of her family to discover her identity and inheritance are challenged by the man who holds her future in his hands.


Rebecca Ravenshaw, daughter of missionaries, spent most of her life in India. Following the death of her family in the Indian Mutiny, Rebecca returns to claim her family estate in Hampshire, England. Upon her return, people are surprised to see her...and highly suspicious. Less than a year earlier, an imposter had arrived with an Indian servant and assumed not only Rebecca's name, but her home and incomes.


That pretender died within months of her arrival; the servant fled to London as the young woman was hastily buried at midnight. The locals believe that perhaps she, Rebecca, is the real imposter. Her home and her father's investments reverted to a distant relative, the darkly charming Captain Luke Whitfield, who quickly took over. Against her best intentions, Rebecca begins to fall in love with Luke, but she is forced to question his motives—does he love her or does he just want Headbourne House? If Luke is simply after the property, as everyone suspects, will she suffer a similar fate as the first “Rebecca”?


A captivating Gothic love story set against a backdrop of intrigue and danger, Mist of Midnight will leave you breathless.


Link to Mist of Midnight on the Simon and Schuster/Howard Books Website:
http://books.simonandschuster.com/Mist-of-Midnight/Sandra-Byrd/The-Daughters-of-Hampshire/9781476717869

Review: This is the first book in a new Victorian series by Sandra and after reading this first one I can't wait for the next one. I enjoyed the suspense and mystery that this book had to offer. For me that is something that keeps the book moving and I then I don't want to put the book down. An added bonus for me was the romance part of the book, it was enjoyable to watch Rebecca and Luke fall for each other. The author did a very good job of describing the scenes/settings in this book and made you feel as if you were a part of the story. You can sure tell that she did her research in writing this book. I connected with Rebecca from the very beginning of the book. I recommend this book to fans of historical fiction, romance and mystery fans alike. You will not be disappointed.

About the author:
Sandra Byrd is a best-selling author and has earned Library Journal's Best Books of the year pick twice, in 2011 for To Die For: A Novel of Anne Boleyn, and in 2012 for The Secret Keeper: A Novel of Kateryn Parr.  She's twice been a Christy Award finalist, for To Die For and for Let Them Eat Cake: A Novel. Roses Have Thorns: A Novel of Elizabeth I published April 2013 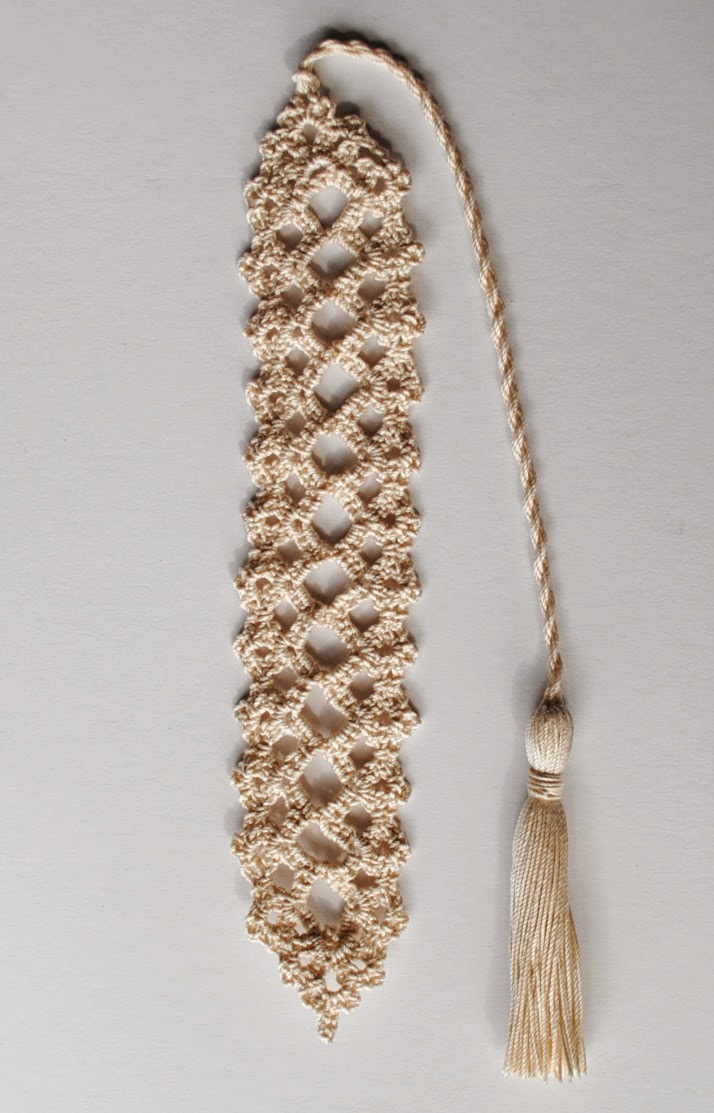 This giveaway is open to US residents only and is for a lace bookmark. You will have 24 hours to respond to my email if you and and if you do not then I will have to pick a new winner. Please enter through rafflecopter below.
a Rafflecopter giveaway 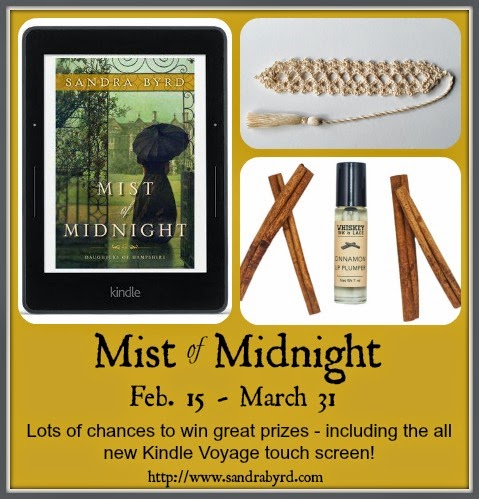 The author is also hosting her own giveaway that will include a grand prize of a Kindle Touch. a Rafflecopter giveaway 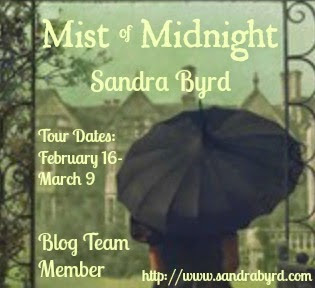