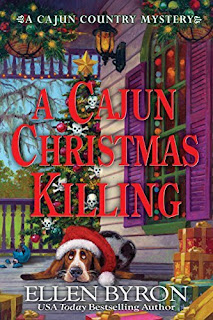 About the book
Maggie Crozat is back home in bayou country during the most magical time of the year. In Pelican, Louisiana, Christmastime is a season of giant bonfires on the levee, zydeco carols, and pots of gumbo. Except, this year, the Grinch has come to stay at the family-run Crozat Plantation B&B. When he floods travel websites with vicious reviews, Maggie thinks she’s identified him as rival businessman Donald Baxter. That is, until he’s found stabbed to death at Maggie’s workplace. And Maggie and her loved ones become top suspects.

The Crozats quickly establish alibis, but Maggie’s boyfriend, Detective Bo Durand, remains under suspicion. With Bo sidelined during the investigation, Maggie finds herself forced to work with an unlikely ally: longtime family enemy Rufus Durand. Her sleuthing uncovers more suspects than drummers drumming, and lands her in the crosshairs of the murderer.

The sleigh bells are jingling, and the clock is ticking for Maggie and Rufus, who must catch the killer or it will be the opposite of a Joyeux Noël in A Cajun Christmas Killing, the recipe-stuffed third installment of USA Today bestselling author Ellen Byron’s Cajun Country mysteries.

Meet the author - Ellen Byron
Body on the Bayou

, made the USA Today Bestsellers list, and was nominated for Agatha, Lefty, and Daphne awards. Ellen is also a recipient of a William F. Deeck-Malice Domestic Grant from the Malice Domestic Convention. Her TV credits include Wings, Still Standing, and Just Shoot Me, as well as network and cable pilots. As a journalist, she’s written over 200 magazine articles for national publications. Her plays, published by Dramatists Play Service, include the popular Graceland and Asleep on the Wind. A native New Yorker and graduate of Tulane University, Ellen lives in the Los Angeles area with her husband, daughter, and the family’s spoiled rescue dogs.

I’ve been a television writer for (puts hand over mouth to hid how long) years. Mostly I’ve written for sitcoms like WINGS and JUST SHOOT ME. I recently finished a lengthy gig writing the animated Nickelodeon series, FAIRLY ODD PARENTS and BUNSEN IS A BEAST. I’ve written pilots for all the major networks and some cable ones as well. People often ask me what the difference is between writing for television and writing mysteries The answer? Everything.

First of all, I have a partner for writing television – we’re a female writer/producer team and that’s how we’re marketed by our reps. My CAJUN COUNTRY MYSTERY series is totally my own thing. But if I sold it to a network or studio, my writing partner and I would pen the script adaption of it together.

Writing for television is a social occupation. Writing novels is solitary. Although I’ve done dramas, my career has mainly been in comedy, so I’ll focus on that. As a sitcom writer-producer, I’m part of a staff that can be anywhere from a half dozen to a dozen or more writers offering various levels experience. I’ve worked on staffs that have fifteen writers. We work as a room to break stories. With most shows, once a story is broken, it’s assigned to someone on staff who goes off and writes a first draft. If there’s time in the production schedule, the writer will get notes and do a second draft. The entire staff then punches up the script, adding jokes, fixing story problems, etc.

When you’re in production, you’ll have three trains running – a story train, a production train, and a rewrite train. Multi-camera shows like BIG BANG THEORY are almost like plays. You go to run-throughs, and then come back to the writers room to rewrite based on what worked and what didn’t. There’s a studio run-through and a network run-through, and you have to address the notes given by the various executives. Then you shoot the show before a live audience. Sidebar: (BIG BANG THEORY follows a model where scripts are group-written in the room by the staff.)

My mysteries are totally my babies until they go to the publisher. It’s just my computer and me until I have a draft I want to share with beta reader friends. Once that’s polished, I send it to the publisher, who responds with developmental and copy edit notes. I get to revise and polish up until the book goes to print – and now with e-books, I’ve even made changes a year after publication!

I love having the combination of both writing experiences in my life. It provides a wonderful balance, and exercises different parts of my brain. Have I mentioned I also write plays and am a freelance journalist? But we’ll save that for another post… 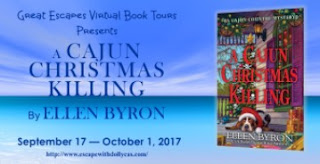