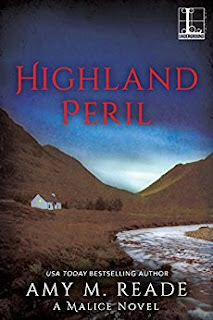 About the book
Trading the urban pace of Edinburgh for a tiny village overlooking a breathtaking blue loch was a great move for budding photographer Sylvie Carmichael and her artist husband, Seamus—until a dangerous crime obscures the view . . .

Sylvie’s bucolic life along the heather-covered moors of the Highlands is a world away from the hectic energy of the city. But then a London buyer is killed after purchasing a long-lost Scottish masterpiece from Seamus’s gallery—and the painting vanishes. As suspicion clouds their new life, and their relationship, Sylvie’s search for answers plunges her into an unsolved mystery dating back to Cromwellian Scotland through World War I and beyond. And as she moves closer to the truth, Sylvie is targeted by a murderer who’s after a treasure within a treasure that could rewrite history . . . and her own future.

Meet the author - Amy M. Reade
Amy M. Reade is a cook, chauffeur, household CEO, doctor, laundress, maid, psychiatrist, warden, seer, teacher, and pet whisperer. In other words, a wife, mother, and recovering attorney. But she also writes (how could she not write with that last name?) and is the author of The Malice Series (The House on Candlewick Lane, Highland Peril, and Murder in Thistlecross) and three standalone books, Secrets of Hallstead House, The Ghosts of Peppernell Manor, and House of the Hanging Jade. She lives in southern New Jersey, but loves to travel. Her favorite places to visit are Scotland and Hawaii and when she can’t travel she loves to read books set in far-flung locations.

Guest Post
What Got Left Out of Highland Peril

I’ve been very lucky to have visited Scotland twice in the past several years; both visits were partially for research on the first two books in my Malice series—The House on Candlewick Lane and Highland Peril.

Except for the first scene of the book, The House on Candlewick Lane is set in the Lothians, a rural area outside Edinburgh, and in Edinburgh itself. I was awed by the city when I first visited, and I worked hard to bring the sights and rich history of the ancient burg to my book.

But as much as I enjoyed Edinburgh, the place I long to return to is the Scottish Highlands, where the rugged landscape, the deep, cold lochs, and the heathery moors captured my heart like few places have ever done.

This is the place where much of Highland Peril is set. Oh, sure, I had to send the main characters to Edinburgh and London for short stints, but they love the Highlands as much as I do and they were always ready to head back home.

Today I want to share with you some of my photos of the Highlands and other parts of Scotland—places that didn’t make it into the book. I hope you enjoy the virtual tour! 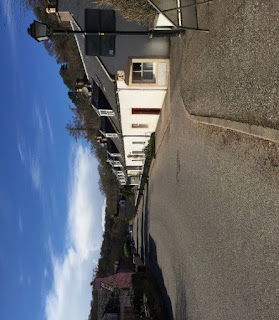 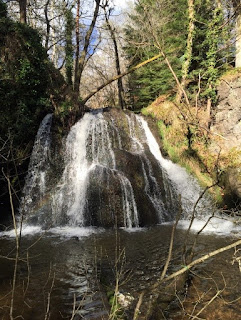 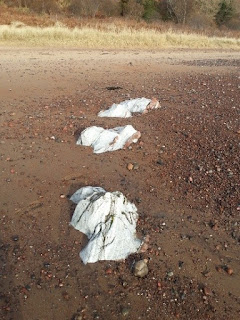 From top to bottom, these are the village of Fortrose, in Rosemarkie, Fairy Glen, a place of almost mythical beauty not far from town, and the Dragon Teeth on Rosemarkie Beach. The “teeth” are only visible at low tide. 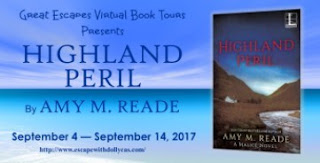